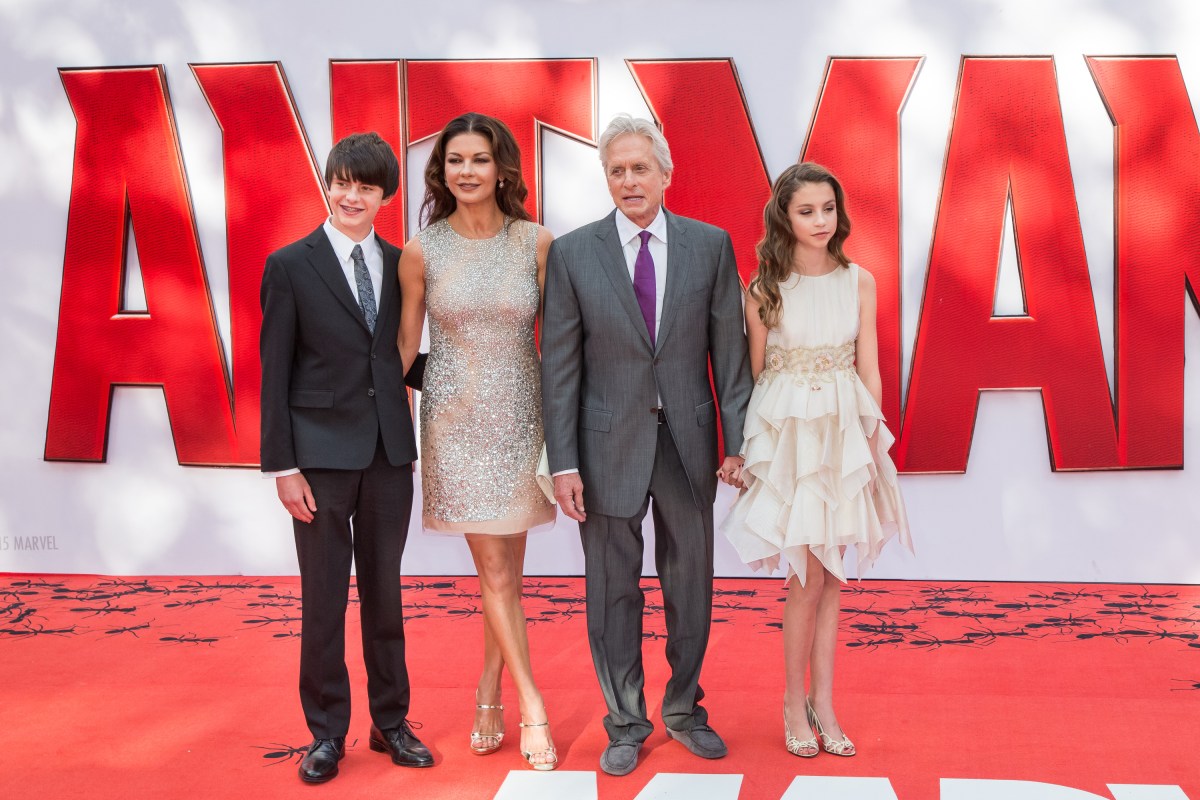 Michael Douglas is doing what grandpas do best — doting on their beloved grandchildren.

Cameron announced the happy news on Instagram with a photo of his very pregnant girlfriend.

“Today my appreciation for Mother’s all over the world has reached new heights…today I took part in a miracle as my baby girl was introduced to the world through a beautiful Amazon warrior…I’m so proud of you,” Cameron wrote on Instagram Monday.

RELATED: A newly engaged woman got a charming surprise when she accidentally sent a text to a legendary TV actress

His dad is now sharing photos of the bundle of joy to social media.

“Congratulations to my son, Cameron, and lovely Viviane, on the birth of their daughter Lua!” Douglas wrote on Facebook under a photo of the darling baby girl.

According to PEOPLE, Douglas’s relationship with his son has been strained. Cameron was also incarcerated for a drug conviction. The sentence was extended after he admitted to smuggling drugs into the prison.

Cameron told PEOPLE earlier this month that the family is closer now than ever before.

“In difficult times, we tend to come closer. It is a beautiful sort of trait that we have,” Cameron said, adding, “My father and I have an amazing relationship. I love spending time with him, and I will spend as much time with him as I can.”