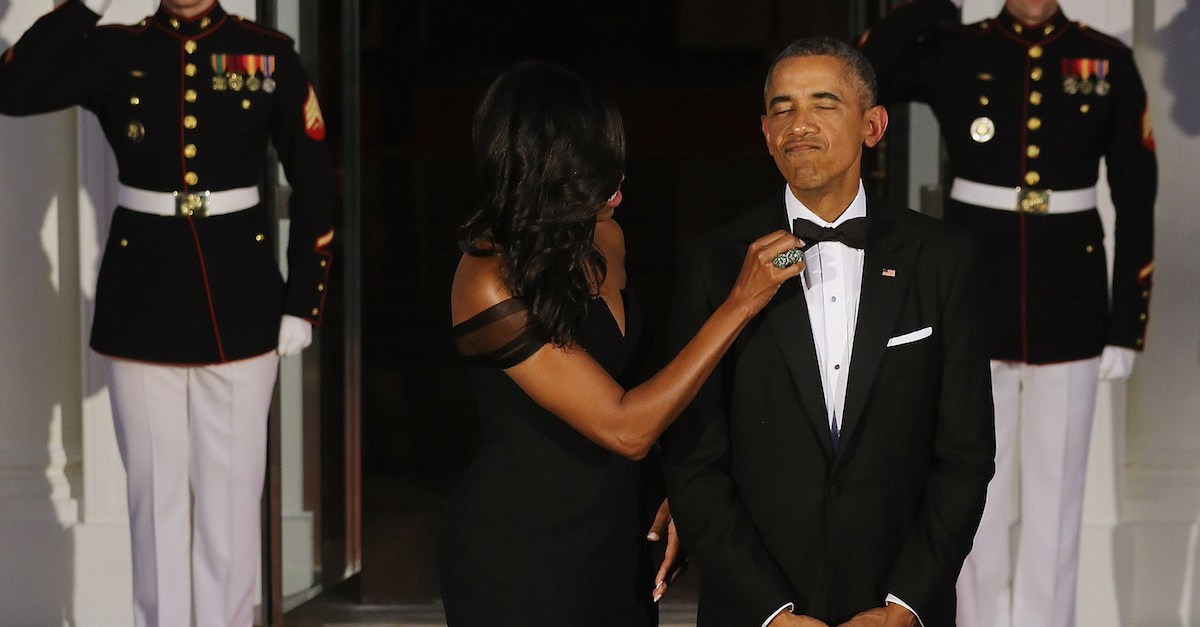 (Photo by Chip Somodevilla/Getty Images)
WASHINGTON, DC - SEPTEMBER 25: U.S. First Lady Michelle Obama straightens U.S. President Barack Obama's tie while they wait on the North Portico for the arrival of Chinese President Xi Jinping and his wife Madame Peng Liyuan ahead of a state dinner at the White House September 25, 2015 in Washington, DC. Obama and Xi announced an agreement on curbing climate change and an understanding on cyber security. (Photo by Chip Somodevilla/Getty Images)

Mrs. Obama captioned the photo, “Another year older, but the same phenomenal guy I married nearly 25 years ago. Happy birthday, @BarackObama— we love you so much!”

Another year older, but the same phenomenal guy I married nearly 25 years ago. Happy birthday, @BarackObama — we love you so much!

The former president turns 56 years old today, but the photo Mrs. Obama posted shows a cute family moment when her husband was turning 43. The year would have been 2004 when Barack Obama was a candidate to become the United States Senator from Illinois. He later won that race, which would eventually catapult him to the highest political office in the United States. The rest, as they say, is history.