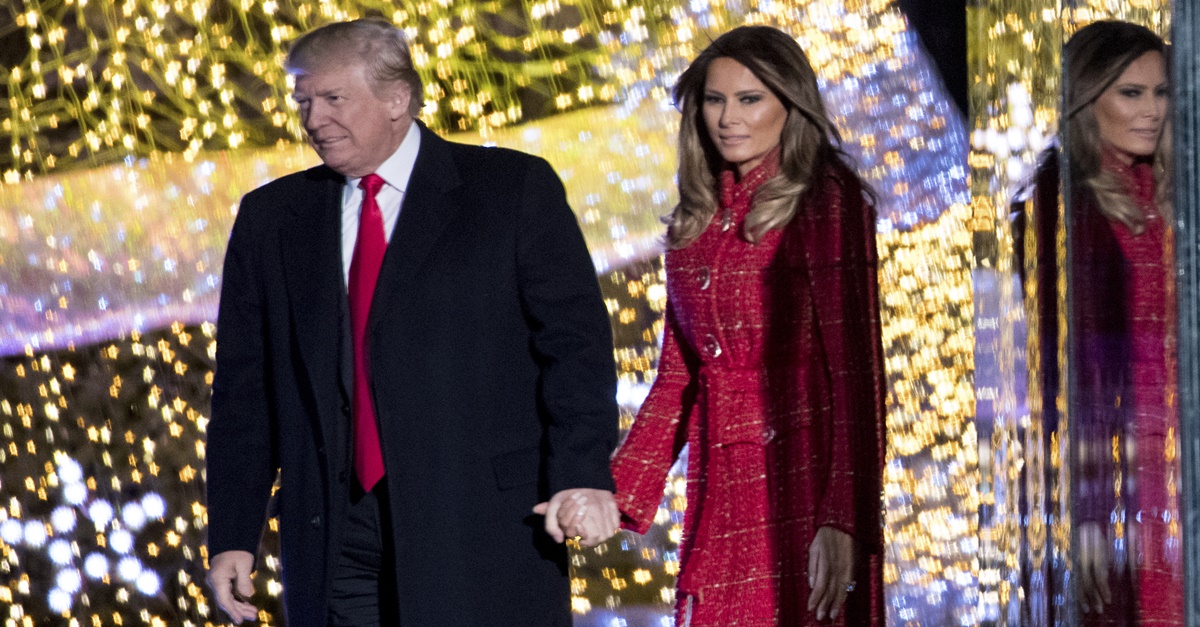 The Trumps and Pences have released their official Christmas portraits ten days before Christmas.

RELATED: Ivanka Trump and her family are all smiles as they light the menorah on the first night of Hanukkah

The first couple held hands beneath a presidential seal. President Donald Trump looked sharp in a tuxedo, while the first lady opted for a tea-length elegant black sheath dress. The couple was surrounded by Melania’s silver tinsel Christmas decor.

Our official Christmas portrait has been released! We took this photo on Saturday, December 9, at the Vice President's Residence at the Naval Observatory in Washington, DC. (Official White House Photo by Myles Cullen) pic.twitter.com/AOFpUWWV9n

The extended first family is getting into the holiday spirit. Ivanka Trump shared a photo of her family celebrating Hannukkah.