Menu
Follow us
Search
Menu
Search
Actor Ryan Reynolds poses with his wife, actress Blake Lively, their daughter James, left, and their youngest daughter during a ceremony to award him a star on the Hollywood Walk of Fame on Thursday, Dec. 15, 2016, in Los Angeles. (Photo by Chris Pizzello/Invision/AP)

It’s clear after Thursday’s “Good Morning America” that Ryan Reynolds and Blake Lively will not be taking any long flights with their children anytime soon. Reynolds, who went on the show to promote his new movie “Life,” revealed that he really, really dislikes flying with kids.

“I’ve always had empathy for parents, especially flying. I remember before I had kids, I was always like, ‘God, that’s hard.’ Because you can see they’re sweating, and they’re nervous, because their kids are yelling, and everyone’s mad at them,” he said. “I’m the same way.”

And that’s when he let everyone know just how much he’d like to avoid taking his kids on a plane.

“I would rather drink a piping hot bowl of liquid rabies than get on a plane with my two children,” Reynolds joked. “At 2 years old they just have to rip all their clothes off and introduce themselves to everyone on the plane, it’s just like, ‘Please can we land in a farmer’s field?'”

The actor, 40, and his wife Blake Lively, 29, share two young daughters, 2-year-old James and 5-month-old Ines, who both made their public debuts at Reynolds’ Hollywood Walk of Fame ceremony back in December.

WATCH: "I would rather drink a piping hot bowl of liquid rabies than get on a plane with my two children." @VancityReynolds on parenting 😂❤️ pic.twitter.com/G9xAUOMm3N 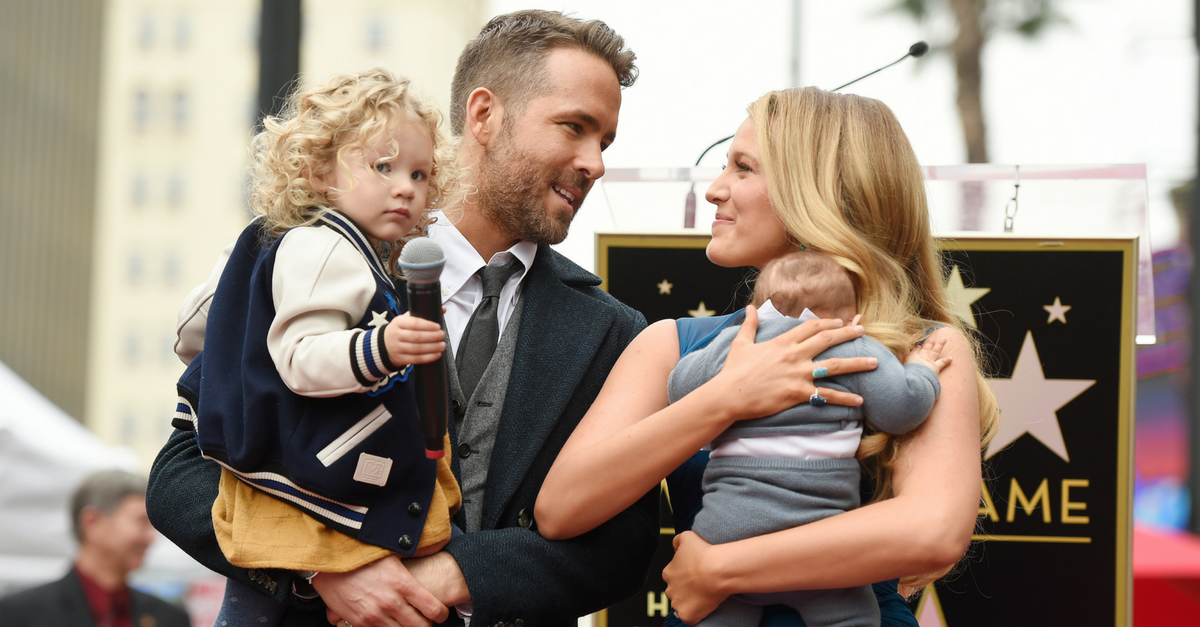