“Sex and the City” writer defends Carrie’s crazy spending habits, and we’re not buying it 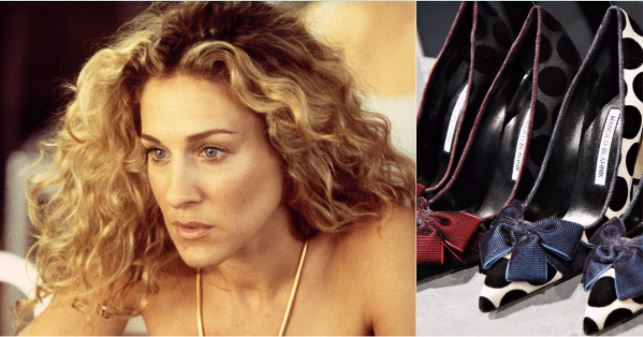 Considering Carrie Bradshaw was buying expensive Manolo Blahnik’s while her only source of income was a weekly newspaper column, it would be hard to argue that she didn’t have a crazy spending problem.

She ate out exclusively, lived alone on New York’s Upper East Side and at one point, had less than $2,000 to her name with no savings to back it up. What she did have was a closet of shoes worth thousands of dollars. It’s pretty obvious even the most loyal “SATC” viewers can see the problem with her out-of-control spending habits.

Yet, “Sex and the City” writer and producer, Amy Harris, is defending Carrie’s controversial financial planning. In an interview with CNBC, Harris doesn’t mind criticism of how Carrie handled her money.

?If people were pissed and hated that Carrie did that, I?m OK with that,” she said.

In the Season 4 episode “Ring A Ding Ding,” we find out Carrie is so broke she can’t afford to own her Manhattan apartment — and then she confronts her friend Charlotte for not offering to loan her the money. Charlotte eventually gives in and loans Carrie her expensive engagement ring and the financial troubles are never really discussed again, leaving the viewer to wonder if Carrie is both terrible with money and a bad friend too.

Still, Harris believes that Carrie learned her lesson from this debacle and grew up.

?Sarah Jessica and I talked about this: we believe [Carrie] paid [Charlotte] back. It was a loan, not a gift, so she did have to learn to save a little, to not spend everything on shoes and clothes.?

?In my mind, she had to acknowledge all the s**t choices she?d made and the fact that she hadn?t saved a penny and that was a big mistake, and so she was living with that. Carrie learned a lesson. I do believe she sat down every month and wrote Charlotte a check.?

We have to wonder if Carrie really did grow up and figure out how to manage her finances. After all, she never did get rid of her shoes — she just moved them to a larger closet provided by Mr. Big.