This rescued mini-donkey was carrying a big secret 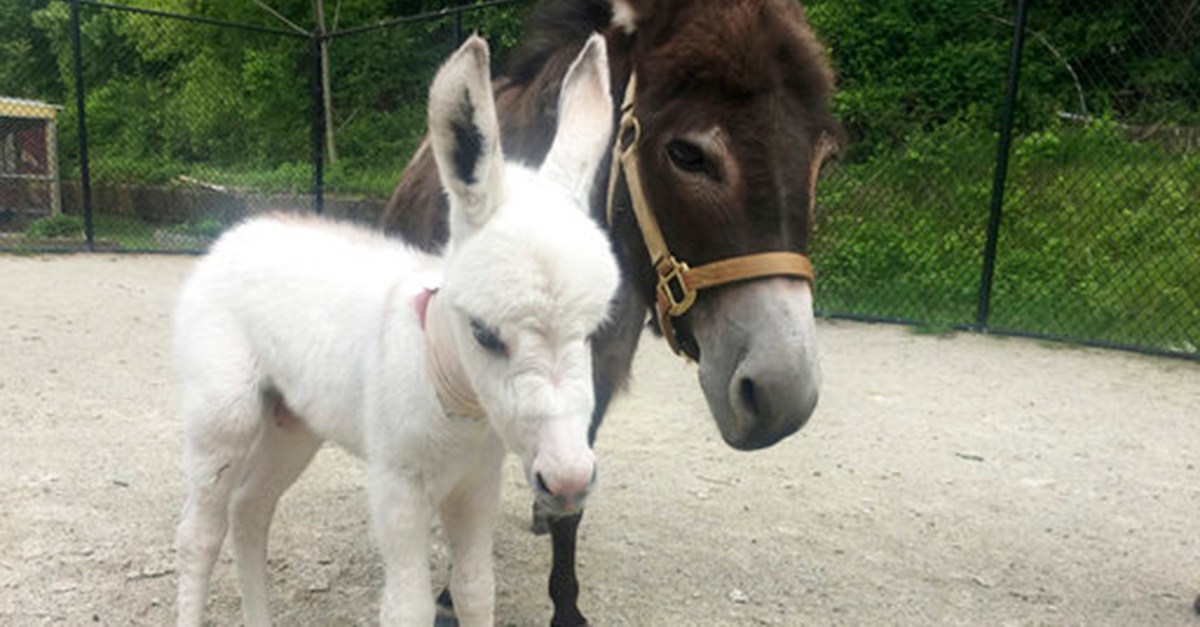 An abandoned miniature donkey, rescued from a Pennsylvania farm, surprised everyone this week when it was discovered that she was pregnant.

RELATED: Little baby donkey is so tired he forgets to do something important before he falls asleep

Sadie, along with a male mini-donkey called Romeo, were taken in from a farm in January; on Sunday, Sadie gave birth to a male foal.

Along with the donkeys, a cow, two beagles, chickens and roosters were also rescued, according to The Associated Press.

Sadly, the new baby has health complications related to Sadie’s treatment on the farm, where she was malnourished.

However, workers at the Pennsylvania Society for the Prevention of Cruelty to Animals are holding a naming contest to raise money for the foal’s medical care. For $5, you can cast a vote and be entered for a chance to meet the baby and Sadie.

RELATED: A police officer rescued an out-of-place animal on a rural road and got creative when it came time to leave