Blake Shelton is awestruck by this competition for Gwen’s attention 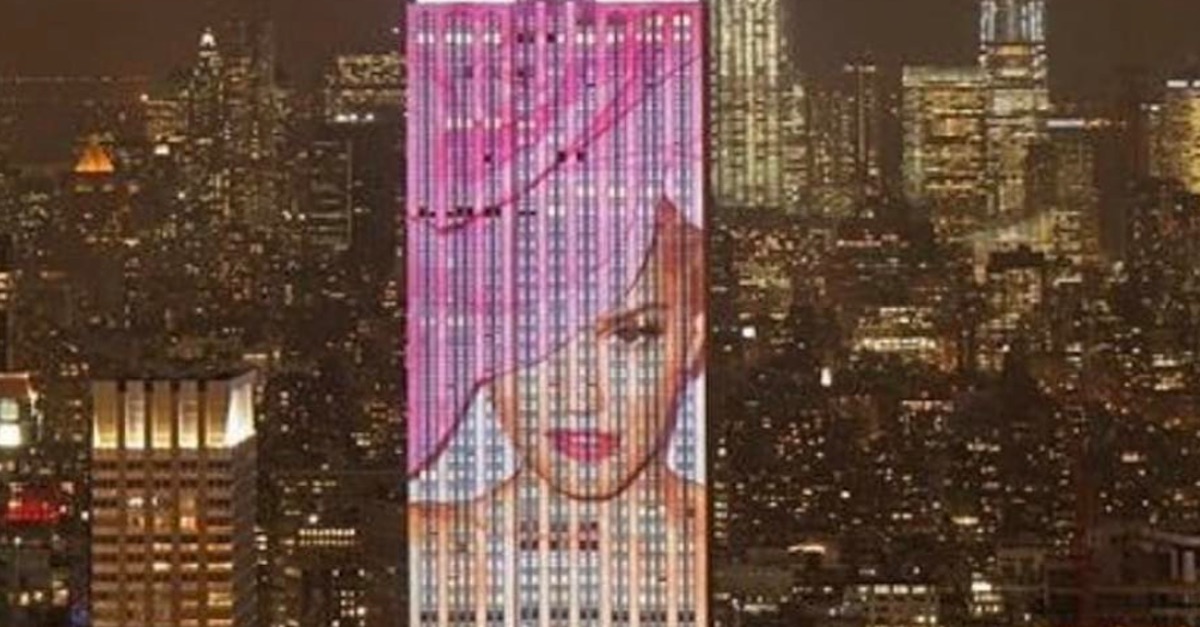 There?s no doubt that Blake Shelton?s girlfriend, Gwen Stefani, is one of the most beautiful women in the world. So it makes sense that when fashion magazine Harper?s Bazaar picked some of their favorite cover girls to plaster onto the side of New York?s Empire State Building to celebrate their 150th anniversary, she was one of them. And while deep down inside, we think Blake loves seeing his gal?s face on one of the country?s tallest buildings, it?s giving him some anxiety, too.

Gwen shared a photo of the iconic building on her Instagram page early on April 20, so we got to see how breathtaking it looks.

When Blake reposted it later on his page, you could sense the good-natured angst in his comment. He wrote, ?OK?To whomever put my girlfriend?s picture on the Empire State Building, thanks a lot. How can I top that shit??

Ok.. To whomever put my girlfriends picture on the Empire State Building thanks a lot…. How can I top that shit?!!

Not to worry! Blake and Gwen?s fans had plenty of suggestions on how he could top it and many of them included putting a ring on it.

Now, we don?t hate that idea.

Although we adore her to pieces, Gwen?s isn?t the only gorgeous image being projected from the Empire State Building. ?Friends? star Jennifer Anniston, Hollywood legend Elizabeth Taylor and Nashville-raised Reese Witherspoon are also among the stunning faces of Harper?s Bazaar.