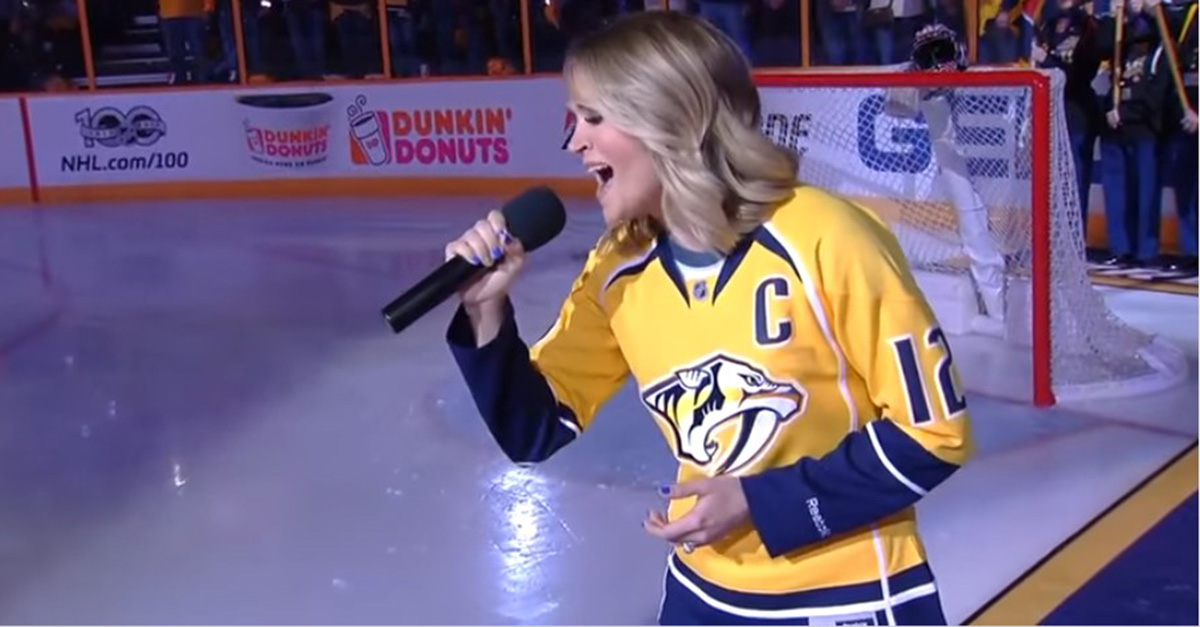 All month long, Carrie Underwood has proven that she’s her husband’s biggest supporter.

This time though, she took her pride in her hubs to a whole new level.

On April 17, before the Predators faced off against the Chicago Blackhawks for Game 3 in their playoff series, the “Church Bells” singer surprised fans with the national anthem at Nashville’s Bridgestone Arena.

Taking the ice, Carrie donned a gold and blue Predators jersey with her man’s No. 12 number on the back. She also paired her sporty look with stunning, wavy curls. After the announcer told fans to “Please rise,” the seven-time Grammy winner belted out the famous song without any flaws.

Following her powerhouse rendition of “The Star Spangled Banner,” Carrie assisted Nashville mayor Megan Barry with the team’s signature towel wave. She also took to Instagram with a photo featuring her wearing a “Smash” hat (for Smashville).

Perhaps Carrie is Mike’s good luck charm when it comes to cheering him on, because the Predators beat the Blackhawks in overtime. The final score for the game was 3-2, giving the Preds a 3-0 lead in the Western Conference quarterfinals!

After the win, Carrie did what any loving wife and Predators fan would do. She let out an epic scream to show just how happy she was about the victory.