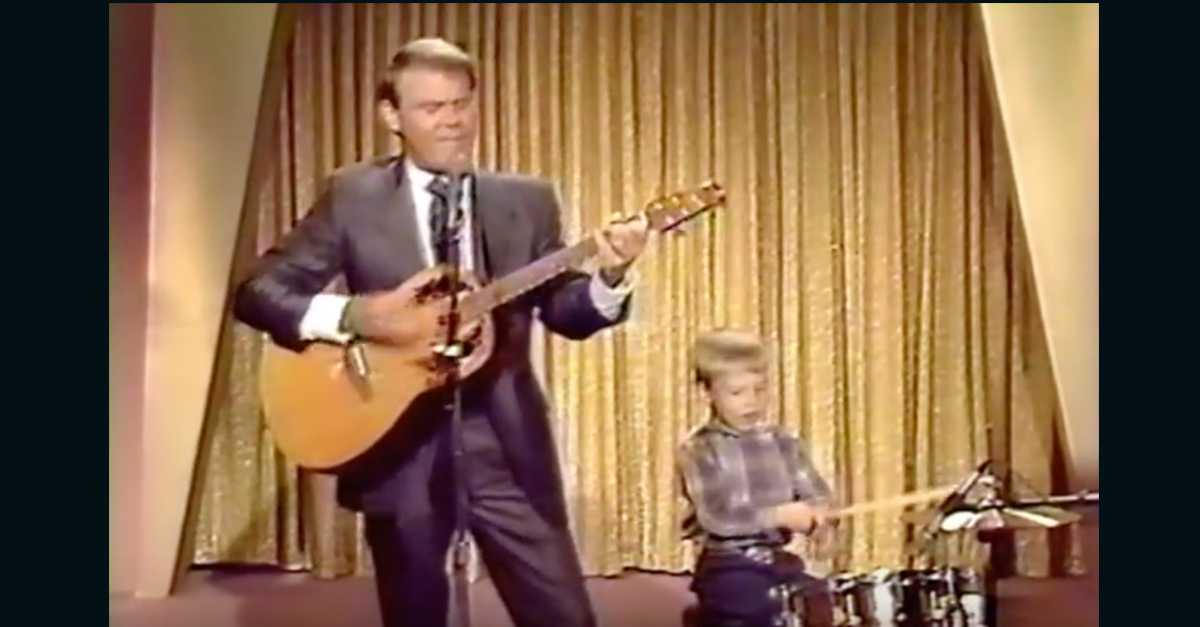 Glen Campbell’s family has said goodbye to the country legend in many ways. Though he’s still here in body and spirit, Glen’s battle with Alzheimer’s disease has left him unable to communicate with or even recognize his loved ones.

It’s a cruel reality that Glen’s musician son Cal writes about very honestly in a new post titled “Finding the Gift” on the family’s website devoted to their journey, CareLiving.org.

RELATED: A country legend’s wife gives a heartbreaking update on his condition

In the piece, Cal writes about no longer being able to have heart-to-hearts with his dad and missing out on the birthday and Christmas gifts Glen would pick out for him.

He says, “There won’t be any more birthday gifts or ‘recycled’ holiday cards with the words crossed out and changed to “Happy Birthday.” (Something Glen was known to do.) You’ll never shake a box with your name on it under the tree and wonder what’s inside – it won’t be there.”

Even the little moments of Glen giving his time by showing up at one of Cal’s shows or asking him to join him for a round of golf are gone. That’s tough to take for Cal.

“It’s easy to remember and rationalize that the lack of giving isn’t out of anger or spite, but that he’s just gone,” Cal continues. “Alzheimer’s has robbed both him and me of these little moments that make life so wonderful. It’s easy to remember this, but very hard to accept.”

Through all the pain at losing his father’s presence to Alzheimer’s, Cal has found that many of Glen’s gifts keep on giving in spite of the disease. While playing guitar and singing one day to deal with his sadness about his dad, Cal realized his voice and ability to play guitar are gifts straight from Glen.

Cal writes, “My father’s gift is inside of me and presents itself every time I sing a note with the same inflections as he would have, or in the same range or style. Even the enjoyment of music itself is a gift that was clearly handed down, and one that is more valuable than anything for sale in any store.”

Cal works as a musician and producer, and he can thank Glen for giving him a head start in the music business. Here’s a video of Cal playing the drums while he made his TV debut with his dad back in 1988.

Of note, Glen’s final album, “Adios,” is due out June 9. According to “People,” Glen recorded the project soon after he was diagnosed with Alzheimer’s disease in an effort to capture his singing and guitar playing one last time before it was gone forever. The album features songs Glen had always wanted to record, including a cover of Harry Nillson’s hit “Everybody’s Talkin’.” His wife of 34 years, Kim Campbell, says “Adios” is “one last goodbye to his fans.”