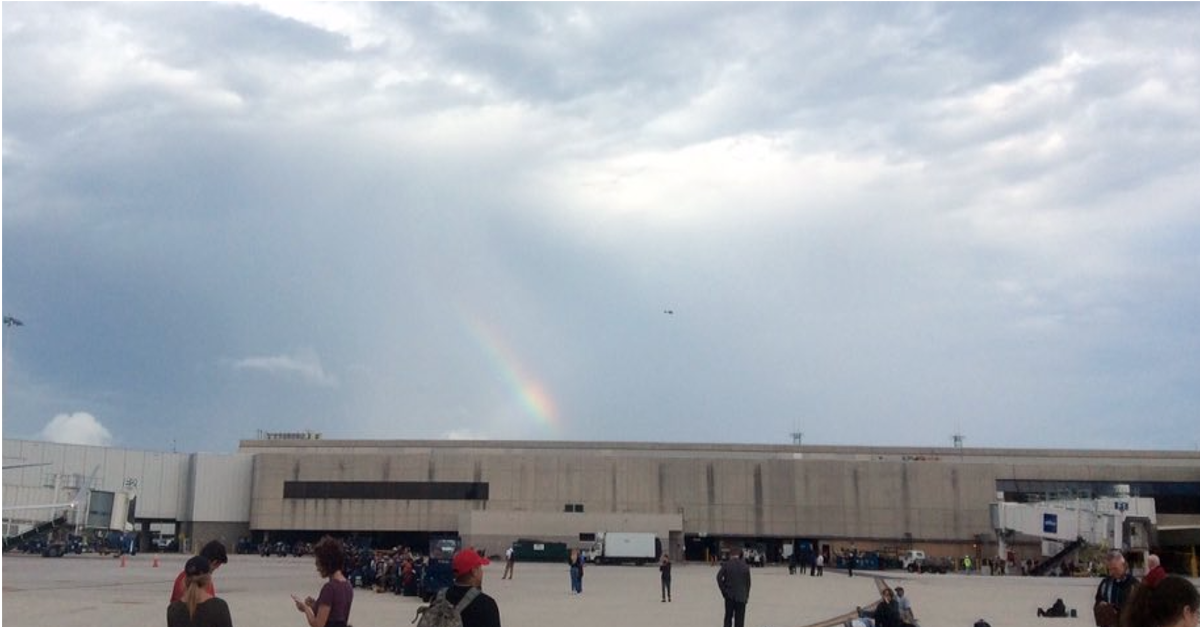 As the nation and the world came to grips with the cruelty of the shooting at the Fort Lauderdale-Hollywood International Airport that left five people dead and many injured, the heavens seemed to have opened up and given us all an amazing sign of hope.

Indeed, many people headed straight to Twitter to share not only the aftermath of the tragedy, but also little signs showing that none of us are alone in the world.

One of those signs was a thin, faint rainbow, first documented by “Time Magazine.” Dozens of people shared pictures of the rainbow that appeared over the airport mere hours after the tragedy.

One person posted on Twitter as he sat stuck in traffic just outside the airport. “Stuck in traffic mess due to ‪#ftlauderdaleairportshooting but seeing a ‪#rainbow,” the user said. “[It’s a] sign that good will always win.”

Stuck in traffic mess due to #ftlauderdaleairportshooting but seeing a #rainbow – sign that good will always win 🌈 pic.twitter.com/8zrX09gAX6

RELTAED: Willie Nelson reflects on the Godsends in our lives in this country classic

Another person stuck at the airport on the tarmac also noticed the amazing sign, writing “After all that has happened this afternoon there is now a rainbow over Ft. Lauderdale airport.”

@RobertCossar after all that has happened this afternoon there is now a rainbow over Ft. Lauderdale airport. pic.twitter.com/ewKqcOkioM

From a news standpoint, the rainbow was probably simply a remnant of the steady rain that came through on the afternoon of Jan. 6. But for those who live their faith in God day after day, it certainly looked like a ray of hope – right when everyone needed it.