Pop some popcorn, grab a drink and check out our 5 favorite country biopics 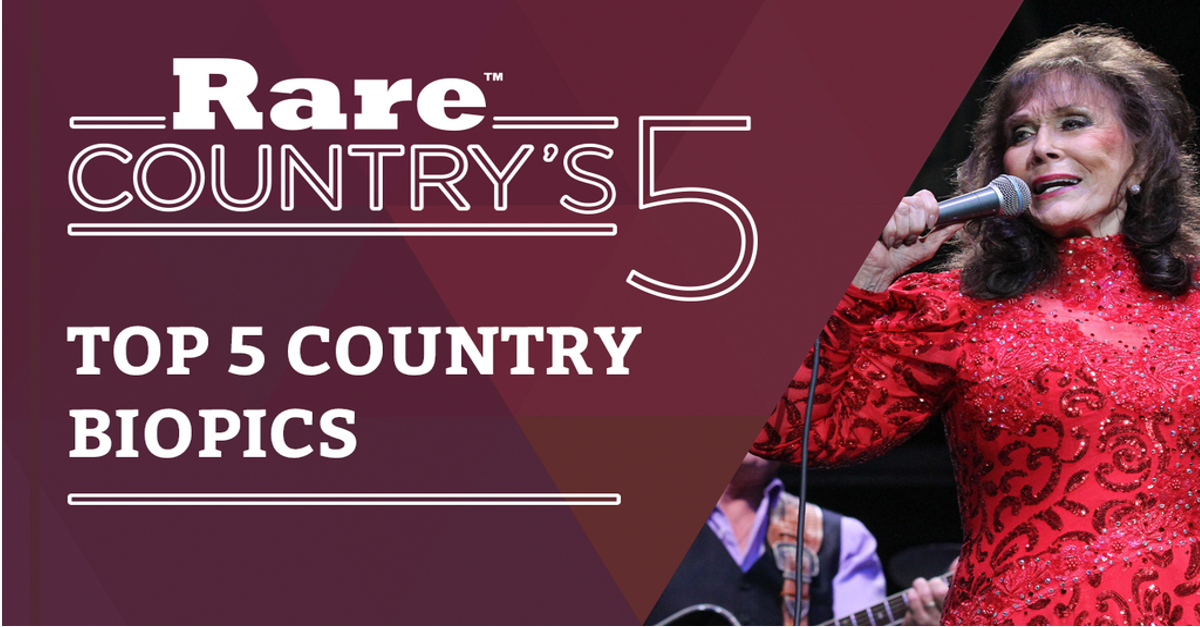 We love country music. We love movies. And boy are we lucky that there have been some of the best true stories in country music that have become some of our favorite movies. These biopics have either become or are becoming classics and mainstays in our libraries. And if we don?t own the DVD, we?re stopping in our tracks when we find them on TV on a Sunday afternoon.

Starting at No. 5 is an oldie, but a real goodie. It?s also a little bit country and a little bit rock ?n? roll. The made-for-TV movie, ?Elvis,? chronicled the life of the legendary Mississippi-born rock star, whose musical roots were deeply planted in country and gospel. Handsome Kurt Russell was cast as Elvis, which is ironic considering that the first movie he ever appeared in is 1963?s ?It Happened at the World?s Fair? starring Elvis Presley.

RELATED: Kelly Clarkson?s tribute to Elvis Presley on this classic is bound to floor you

At No. 4, the rise to fame and tragic death of the iconic country songbird, Patsy Cline, was depicted in the 1985 classic ?Sweet Dreams.? Jessica Lange?s portrayal of Patsy earned her an Oscar nomination in this favorite film, but what?s even more remarkable is that neither she, nor co-star Ed Harris, who played Patsy?s husband Charlie Dick, have southern accents. Jessica is a native of Minnesota, while Ed from New Jersey.

No. 3 isn?t exactly a full biography, but more of a chapter of Dolly Parton?s life that she made immortal in the song ?Coat of Many Colors.? The movie of the same name re-enacts that time period of Dolly?s life, including the story behind the country star?s real-life patchwork coat. And speaking of country stars, it took one to adequately portray Dolly?s precious mother, whom the story revolves around, and Jennifer Nettles fit the role just fine.

RELATED: Dolly Parton tells us her movie, “Christmas of Many Colors,” will bring on the tears

When it comes to our No. 2 movie, the supporting cast is as impressive as the leading lady. Accomplished actress Sissy Spacek stepped into the role of Loretta Lynn in the Oscar-winning film ?Coal Miner?s Daughter.? Opry legends like Minnie Pearl and Ernest Tubb appeared, as well as Merle Kilgore and Levon Helm. Historically accurate, thanks to Loretta?s involvement with the filming, the most remarkable part may be that Sissy Spacek did her own singing instead of lip-syncing for the role.

Our No. 1 movie tells the tumultuous and tortured story of the prolific Johnny Cash. ?Walk the Line? follows the rise of Johnny?s career but also delves deeply into his personal life and his relationship with June. Both Joaquin Phoenix and Reese Witherspoon, who play Johnny and June, respectively, actually sang their parts in the movie, but one of the most fun pieces of trivia is that the role of Waylon Jennings is actually played by Waylon?s son, Shooter.

That?s it for this special edition of Rare Country?s 5. Thanks to Erin for counting down some of our favorite country music biopics. The next time you find yourself with a lazy Saturday or Sunday afternoon, pick one and check out these historical and musical glimpses at some of your favorite country legends’ lives.