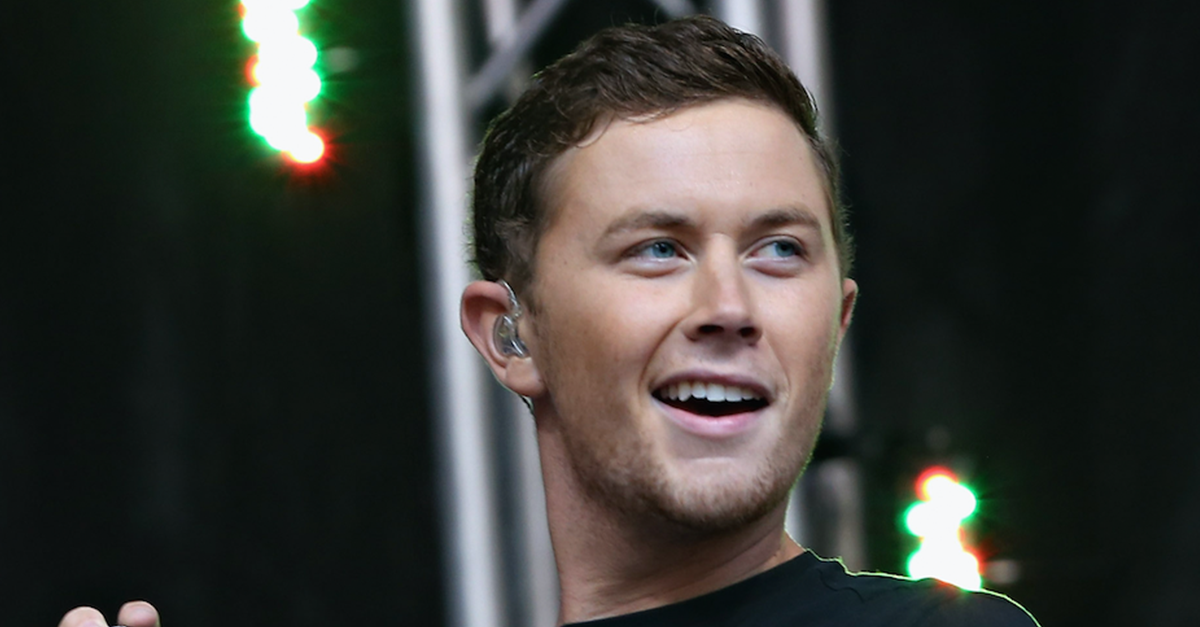 Scotty McCreery has always had a deep appreciation for legendary country artists like Merle Haggard, George Jones and Conway Twitty.

But, it seems that the ?American Idol? season 10 winner?s biggest hero of all time is rock ?n? roll legend Elvis Presley.

?Yea, Elvis Presley. He was my guy growing up and still is,? Scotty once told Fox News Magazine, ?I just love him. He?s probably the coolest guy as far as I?m concerned.?

In 2013, Scotty showed his love for Elvis out on the road during a show in Atlanta. There, he got onstage and broke out into the King of Rock and Roll’s 1954 classic ?That?s All Right Mama.?

As you can see in this video, Scotty is armed with an acoustic guitar. And, although he doesn?t don a glammed up look like his inspiration did back then, the North Carolina native did do a pretty spot-on impression of Elvis’ pelvic thrust movements ? enough to make fans go nuts!

RELATED: You?re gonna love what Scotty McCreery and Lauren Alaina are cooking up for the ?American Idol? finale

Midway through the performance, Scotty was joined by three other musicians who were armed with guitars. And, together, they flaunted their musical talents in front of a large screen featuring images of Elvis.

It?s been 39 years since Elvis passed. The singer died on Aug. 16, 1977. According to “Billboard,” fans from all over gathered in Graceland to pay their respects with a candle-lit vigil on the 39th anniversary of his death.