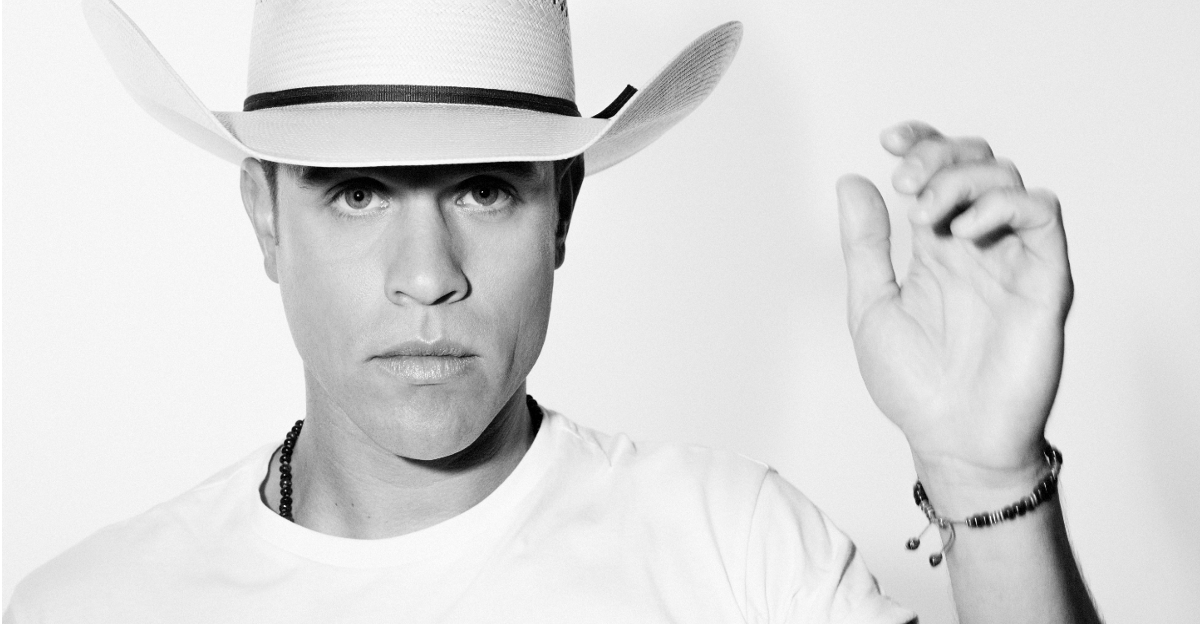 Many people are giving country star Dustin Lynch a second look these days. Not necessarily because of his new song, “Small Town Boy,” or the hints he’s been giving out surrounding his upcoming new album, but because of his brand-new look.

Because more and more, Dustin’s been going out without his distinctive cowboy hat.

RELATED: Dustin Lynch opens up about his relationship with Kelly Osbourne

“I had thought about not wearing the hat,” Dustin told Rare Country about forgoing his signature headwear at this year’s ACM Awards. “It’s a black felt hat and it was 85 degrees and I thought, heck, let’s lose the hat today. Plus I had gotten a haircut. It was so funny because I have put out good songs and everything, but it took me taking off my hat for the internet to explode.”

Now, Dustin’s new look is on display in parts of his brand-new video for “Small Town Boy,” where he gets romantic with costar Claire Holt from The CW’s “Vampire Diaries” on the beach. “The song is just about two people who love each other for who they are,” Dustin tells Rare Country. “It’s about true love and if it exists out there.”

“My cowboy hat has been a part of me since day one,” he says. “It’s just a part of me and I have no plans to lose it anytime soon.”