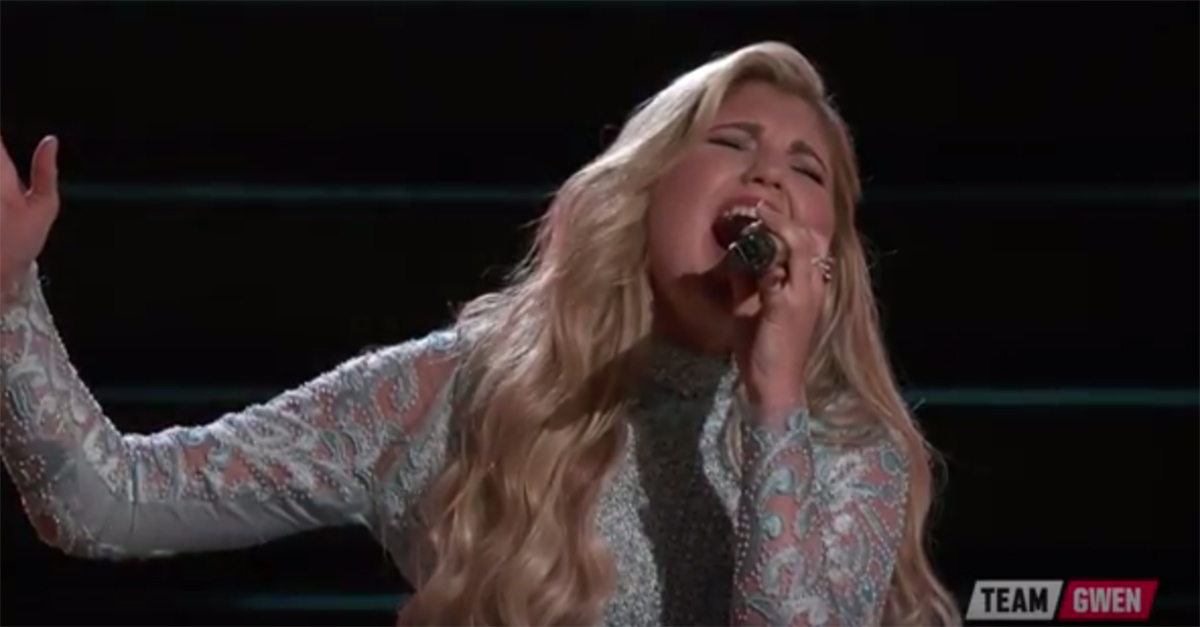 Brennley Brown has officially moved onto the semifinals on NBC’s “The Voice” following her latest performance, which took place during the Top 10 live show.

In rehearsals, she said that she was dedicating her performance to her mother, who always “encouraged me to be the best that I can be.”

Taking the stage, Brennley immediately poured out her whole heart and soul into the faithful hit. The cowgirl boot-wearing teenager stood atop a staircase and shined with her powerful vocals and distinctive southern twang.

Midway through the song, she made her way down the stairs and toward the crowd. She then grabbed a fan?s hand and serenaded her with encouraging lyrics. It was definitely a sweet moment that made Brennley?s mama, who was also in the audience, very proud.

Coach Blake Shelton offered up big compliments to Brennley after her breathtaking rendition. He told her that her voice shined so bright. ?You definitely made a believer out of me,? he said. ?You?re inspirational for a lot of young people out there. Your voice has never shined brighter than it does today.?

?We do take our work home,” Blake?s girlfriend Gwen Stefani shared. ?We?ve been talking about you a lot, and I have to say our biggest struggle is trying to find a song for a 15-year-old girl. You are so gifted. You?re so beautiful, and talented, but it?s like trying to find you right now at 15. It?s crazy.?

Brennley now joins fellow Team Gwen contestant Hunter Plake in the running for the Season 12 victory. If she continues to look and sound like a winner, we feel she?ll have no problem taking the crown!