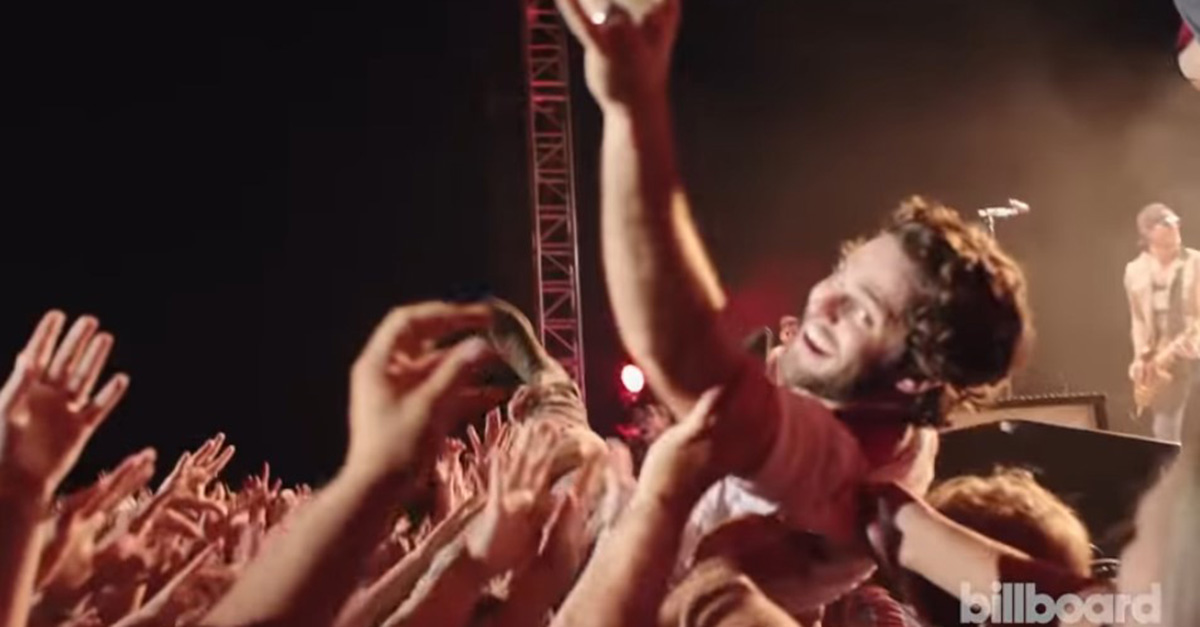 Thomas Rhett has an unusual collection, and he’s so obsessed with it that he can actually tell the individual objects in it apart even when he’s blindfolded.

That’s exactly what he does in this “Billboard” video, pulling a red bandana over his eyes and putting his identification skills to the test.

So, what is he so obsessed with? Would you believe sneakers?

RELATED: Thomas Rhett teams up with a country siren for this sexy new song

The singer-songwriter explains that he first started collecting the comfy footwear four years ago after he began moving around more during his live shows and found the cowboy boots he was wearing at the time to be just too restrictive. He called the change, “Probably the most terrifying transition as a country artist that I have ever made.” Seriously.

How many new pairs does he buy each year? “Too many to count,” he says.

He then put his skills to the test, correctly identifying each pair of shoes from his collection that he’s handed while blindfolded by touching and, in some cases, smelling them!

We’re left wondering what TR’s wife Lauren thinks of his collection, and which half of the couple needs a bigger shoe closet at home and on his tour bus.