When it is needed most, country stars decide the show must go on 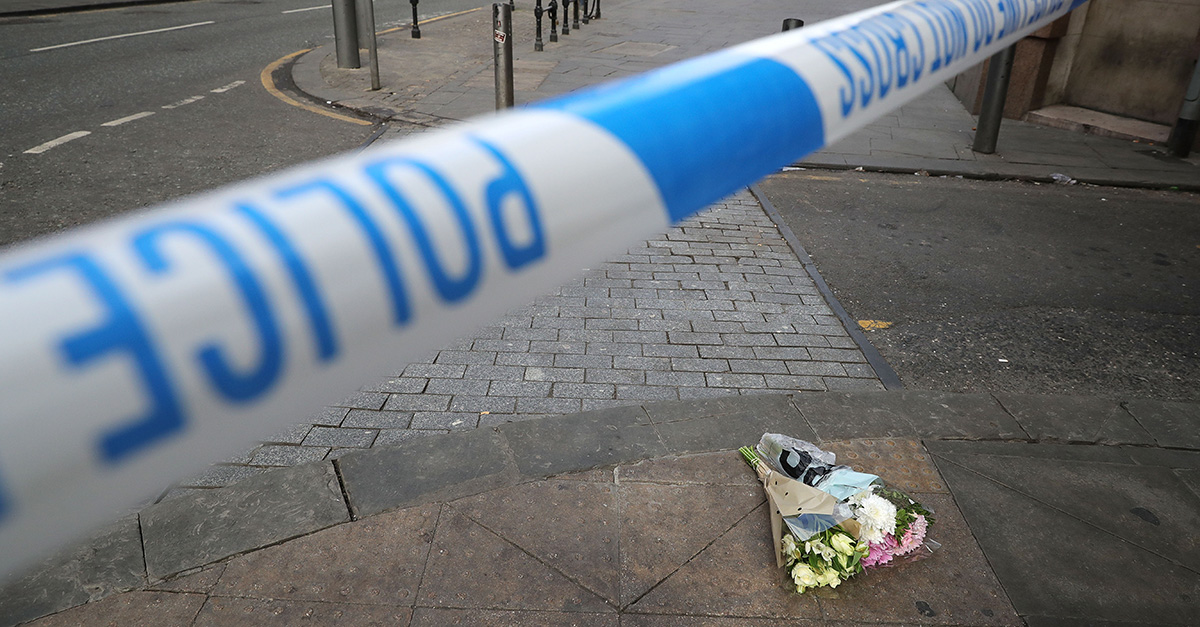 Christopher Furlong/Getty Images
MANCHESTER, ENGLAND - MAY 23: The first floral tributes to the victims of the terrorist attack are placed on the empty streets on Shudehill, May 23, 2017 in Manchester, England. An explosion occurred at Manchester Arena as concert goers were leaving the venue after Ariana Grande had performed. Greater Manchester Police are treating the explosion as a terrorist attack and have confirmed 22 fatalities and 59 injured. (Photo by Christopher Furlong/Getty Images)

The world was once again rocked after a bomb went off at an Ariana Grande concert in Manchester, England on May 22. It?s difficult for artists who have concerts coming up to know what to do, but Brent Cobb, who is scheduled to perform at The Deaf Institute tonight in Manchester, and The Cadillac Three, who has a show coming up in the U.K., refuse to cancel.

In fact, both artists are taking the opportunity to show their friends and fans in the U.K. that they are standing with them.

On his Facebook page, Brent shared a post saying ?While we do not want to be insensitive to your tragedy, we also refuse to let terrorism win. Our hearts break for your loss and we will be there with you tonight to mourn and help heal.?

The Cadillac Three, who will be in France and the U.K. in early June, responded to a young lady from Kent who pleaded, ?Please don?t pull out of [Donington].? The trio simply replied, ?We stand with y?all now and we will be there in a couple of weeks.?

We stand with y'all now and we will be there in a couple weeks🇬🇧 https://t.co/HUvU0tYrmb

RELATED: These country rockers have made their mark by ?going against the grain?

Country artists continue to share their thoughts and prayers on social media, pledging their support to the victims and citizens of the Manchester bombing and to their peer, Ariana, who shared a heartbreaking post after the tragedy.

broken.
from the bottom of my heart, i am so so sorry. i don't have words.

Currently, what is known about the incident is that a suicide bomber detonated the device in the closing minutes of the Ariana Grande concert. At this time, it is not confirmed that the bomber is affiliated with a terrorist network.