Legendary actor Bill Paxton passed away over the weekend, and his death rocked Hollywood, as it was certainly unexpected. Actors unanimously praised Paxton as a good man and spoke about how much of a pleasure it was to work with him. Many of the films that he appeared in, including “Twister,” “Tombstone” and “Apollo 13,” continue to be popular today. On Monday night, Conan shared a story about the late actor from the set of “Tombstone.”

RELATED: Jennifer Aniston fought back tears as she remembered the late Bill Paxton ahead of the Oscars in Memoriam

My fave thing about Bill Paxton was he saw his wife Louise on a London bus 30 yrs ago & never let her go. Everyone loved Bill. 💔 pic.twitter.com/xJESxj6OpX

Conan confessed that he’s a “huge fan of the movie ‘Tombstone'” and that when he heard that Val Kilmer (who plays Doc Holiday in the film) was doing a play nearby, he took a few members of his show to see it. Bill Paxton was at the show, and when Conan told the star that “Tombstone” was his producer’s favorite movie, Paxton whispered all of his lines from the film into Conan’s producer’s ear.

The host explained, “I wanted to share that [story] because that’s one of those things when you witness true kindness you think, ‘Okay, let’s just take a second.'” As of yet, no details have been released for the Paxton’s funeral arrangements. 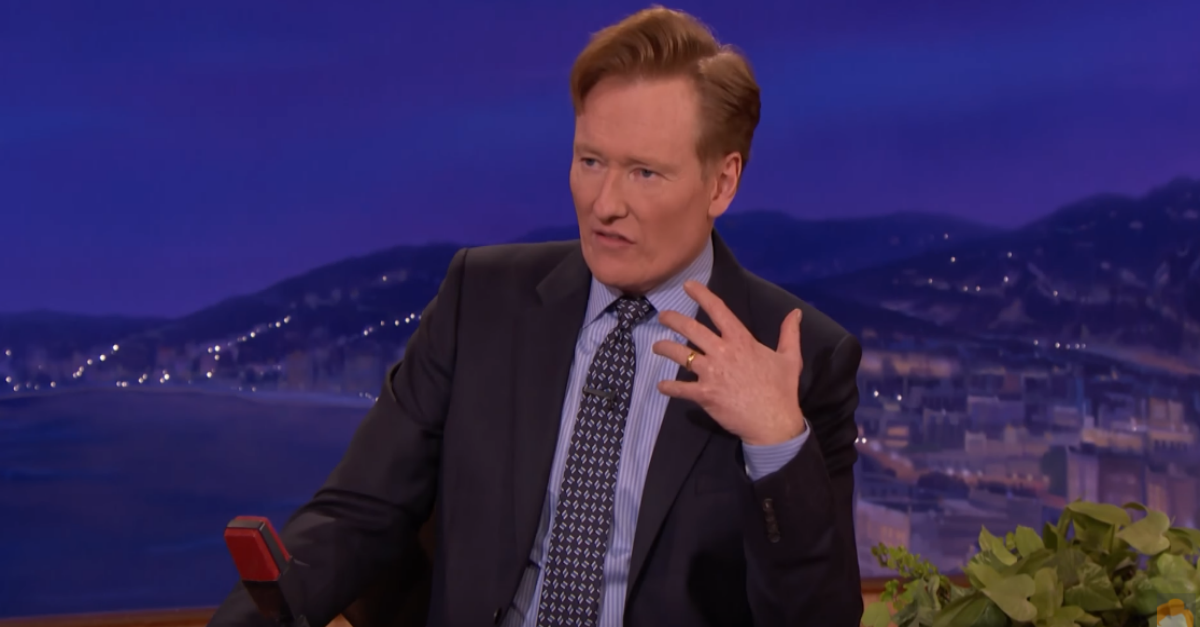