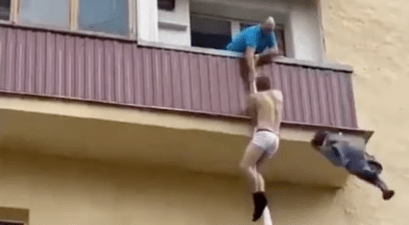 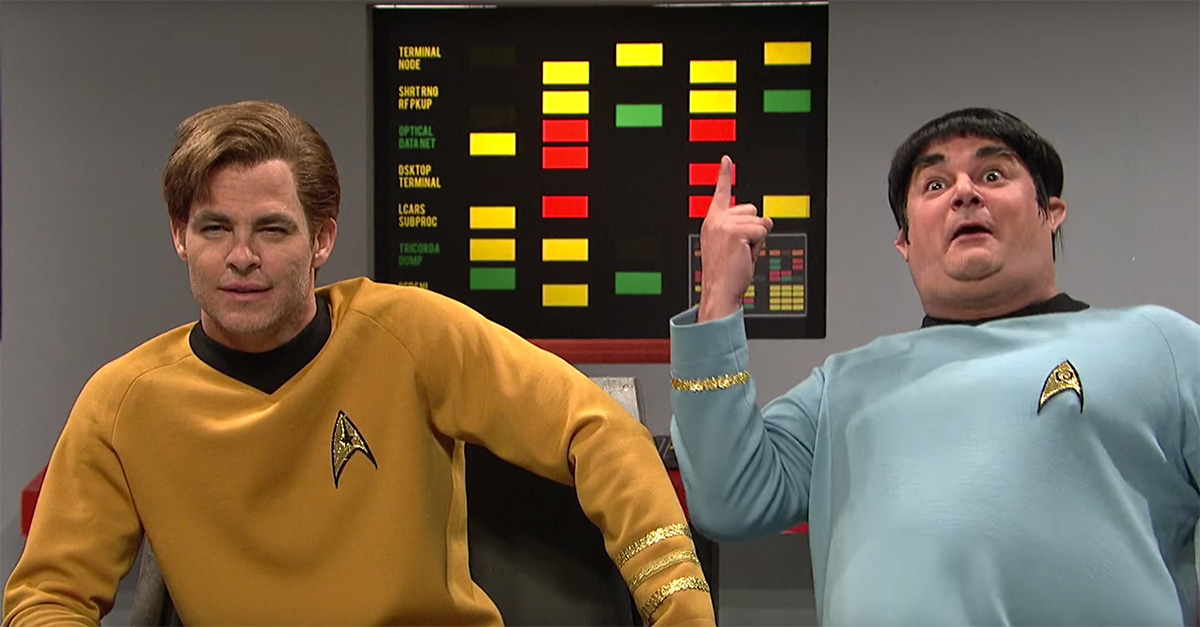 For a very specific subset of pop culture nerddom, last night’s “SNL” may have aired one of the greatest sketches ever: a “lost episode” of the original Star Trek series, introduced by Kenan Thompson as Neil deGrasse Tyson. Yeah, there’s a lot to unpack here.

Host Chris Pine gets to play Captain James T. Kirk again, reprising his role from the Trek film franchise, only this time he’s doing it as William Shatner. When a torpedo on the Enterprise malfunctions and Scotty can’t fix it, Spock (Kyle Mooney) lets the rest of the crew in on a secret: Spocko, his younger half-brother and one of the academy’s best engineers.

Spocko enters with a “Hey, how ya doin’?,” as Bobby Moynihan’s Anthony Crispino voice comes out, but, you know, via the planet Vulcan. “I was in the wrong hallway, I opened the wrong door and almost got sucked out into space!” he explains, before dropping the catchphrase to end all catchphrases, “Now that’s a star trek!” And it only gets better, so laugh long and prosper.