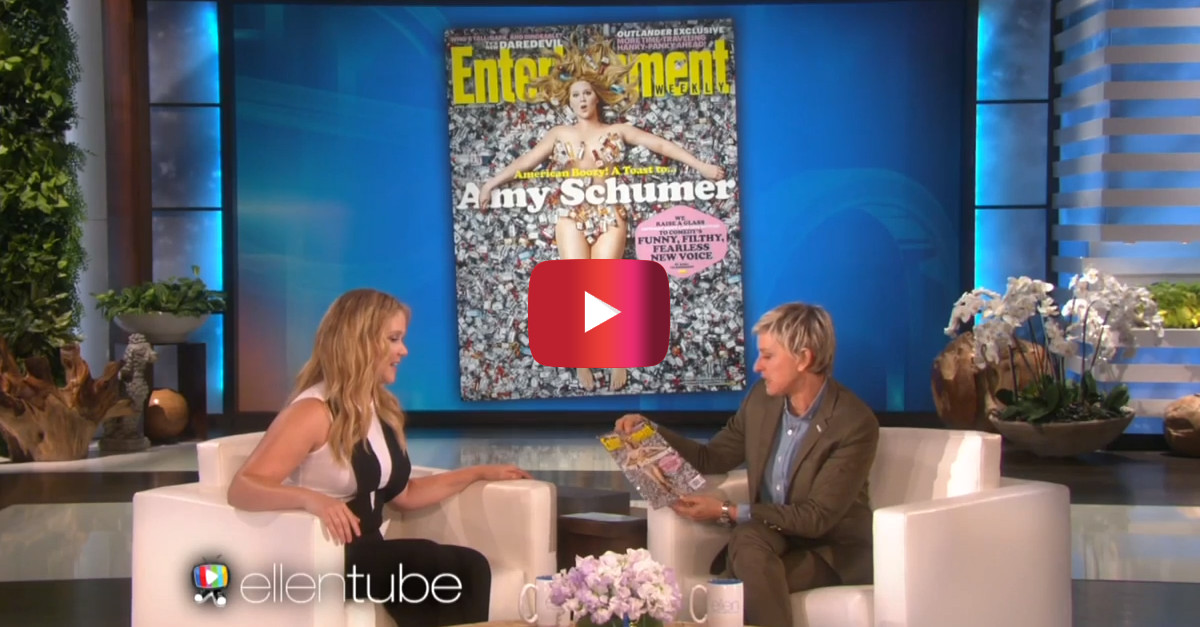 In a July 2015 interview with Ellen Degeneres, comedian Amy Schumer could barely go a moment without sending Ellen and her audience into giggle fits that could barely be suppressed.

Schumer, who was appearing on the show to promote her debut film, “Trainwreck,” explained to Ellen the trials and tribulations of getting older, sending Ellen into hysterics.

According to Schumer, as  she grows older, she enjoys being cat-callled by men.

Shortly before the interview, Schumer found herself sitting next to “Glee” actress Dianna Agron at a basketball game.

Schumer complimented Agron, noting that she had played a character named Quinn on “Glee” and that it takes a certain type of girl to play someone named Quinn.

“If my name were Quinn on a show, it’d be the jolly Irish groundskeeper.”