According to a new report in Page Six of the New York Post, NBC insiders claim that “Morning Joe” co-hosts Joe Scarborough and Mika Brzezinski are dating.

“Everybody at 30 Rock knows they are a couple . . . They are constantly together, they arrive and leave events together, even on weekends,” the insider claimed.

The rumored romance comes on the heels of Mika’s recent divorce from WABC’s James Hoffer, her husband of 23 years and the father of her two daughters.

An MSNBC spokesman confirmed reports of Mika’s divorce to the New York Post, but did not comment on any rumored romance.

RELATED:  Is the bromance over? Donald Trump and Joe Scarborough go at it on Twitter

Someone claiming to be a friend of Mika’s believes that in time, Mika will go public about the divorce and alleged relationship.

“Mika has always been very open…. in her books and elsewhere…about her failures and disappointments in life, her struggles with eating disorders, her career, the ups and downs of parenting.”

The friend added, “I’m sure down the road she’ll want to share more about this experience, but right now she thinks it’s best for her family to have some privacy.”

Rumors of an alleged relationship between the two have been swirling among insiders and casual fans for years.

In 2014, Betsy Rothstein of the Daily Caller opined that the pair may very well be an item.

“If MSNBC’s morning TV duo Joe Scarborough and Mika Brzezinski aren’t a couple, then why are they acting like it?” Rothstein wrote in a sprawling piece that quoted several TV insiders who speculated on their romance. 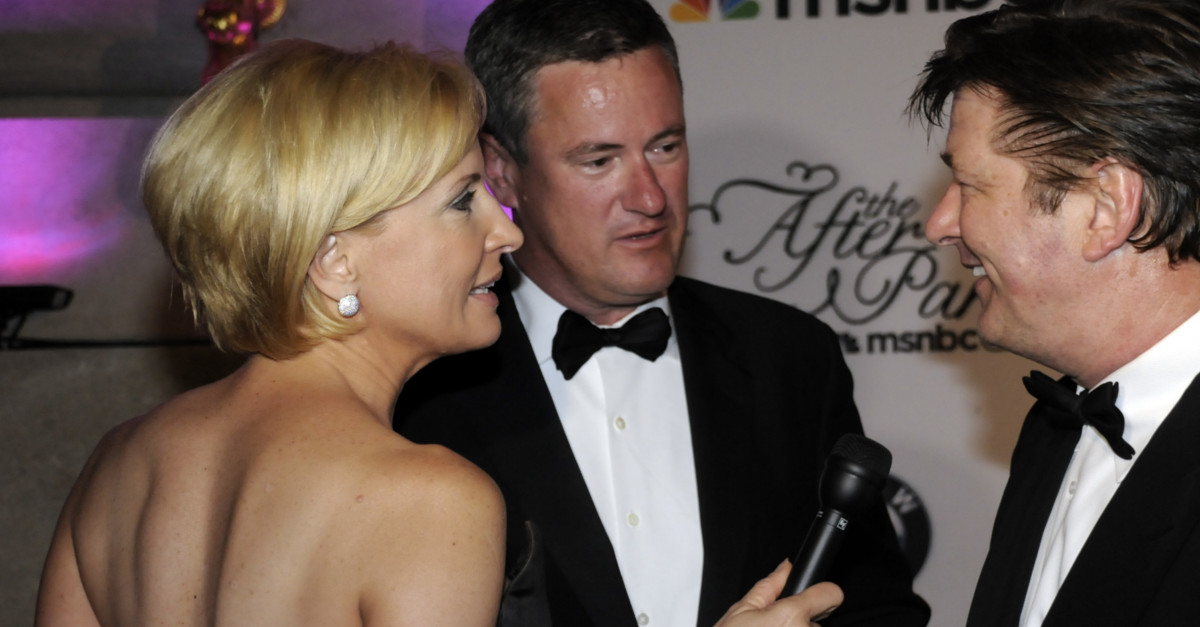