Cooper revealed his insecurity on “Live! with Kelly” on Wednesday as he brought up a topic about hair color.

“You know, I don’t really like my gray hair,” he started. Kelly Ripa, along with the rest of America, was shocked by this statement and she questioned him. “I wish I still had brown hair!”

RELATED: Anderson Cooper was brought to tears during CNN’s emotional tribute for the Orlando shooting victims

“It’s not my thing,” he said. “If I could, I would probably color my hair, but I can’t imagine sitting in a salon with tin foil in my hair reading old copies of ‘Rosie,’ you know what I mean? For hours on end, which is probably what is required.”

In case you were wondering, this is what he looked like with brown hair. Even in this throwback, some of the salt and pepper color is starting to peek through.

Cooper said that he realizes at this point in his career and life, he could never color his hair because it would be “ridiculous.”

RELATED: Anderson Cooper finally addressed those rumors that he might join Kelly Ripa on “Live”

We just can’t imagine Cooper looking any other way at this point. The silver hair suits him, and he makes it totally sexy!

Take a peek at his Instagram and you’ll get what we’re talking about.

As if he couldn’t get any cuter, here he is holding a puppy! 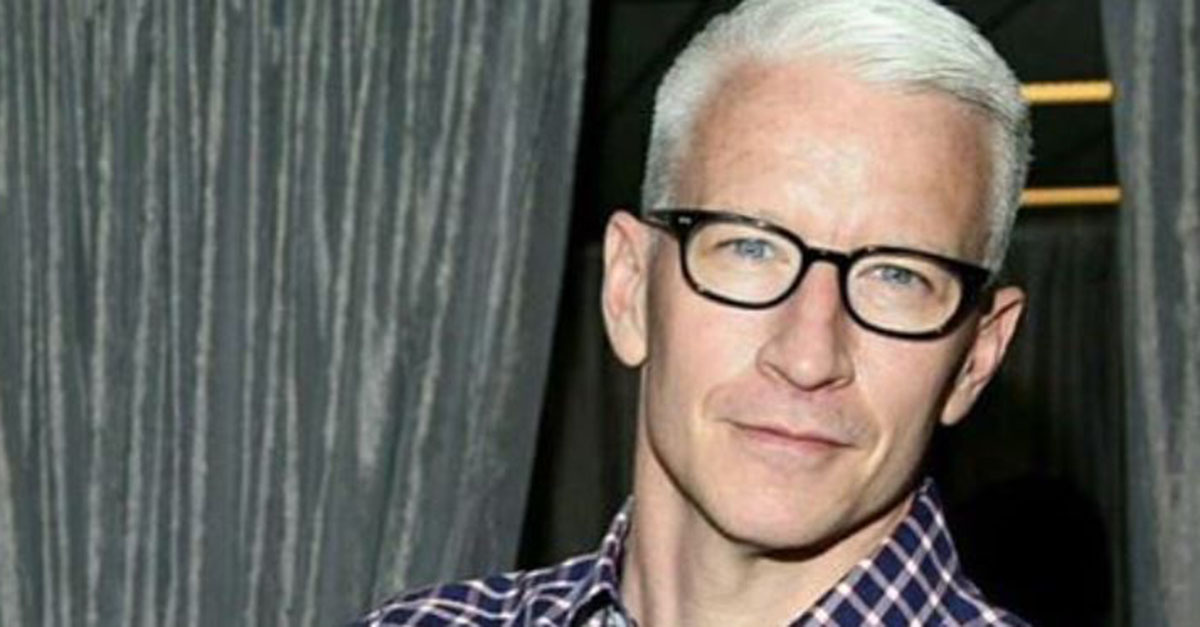