Every good Christian knows the story of Jonah and the whale. According to The Bible, the prophet upset God and tried to run away from the omnipotent deity. The Lord, not pleased with his messenger’s decision, so he sent “a huge fish to swallow Jonah, and Jonah was in the belly of the fish for three days and three nights.” Eventually, the fish vomited Jonah up, and the story continued from there, but one diver in the Arctic Ocean almost turned into a real-life Jonah when he decided to film a little too close to a feeding whale.

RELATED: Killer whales are after this poos seal and you won’t believe what he does

According to the video’s description, videographer Patrick Dykstra was filming in the Barents Sea in the Arctic Ocean when he came upon a group of whales. He explained, “I was swimming with killer whales when this humpback whale suddenly came charging up and landed on me.” While it appears that Dykstra might have been lucky, he says that wasn’t the case, claiming, “The whale knew exactly what he was doing and moved to avoid me […] These creatures are so smart.”

RELATED: A wonderful whale surprised paddlers by making a grand entrance in the still waters 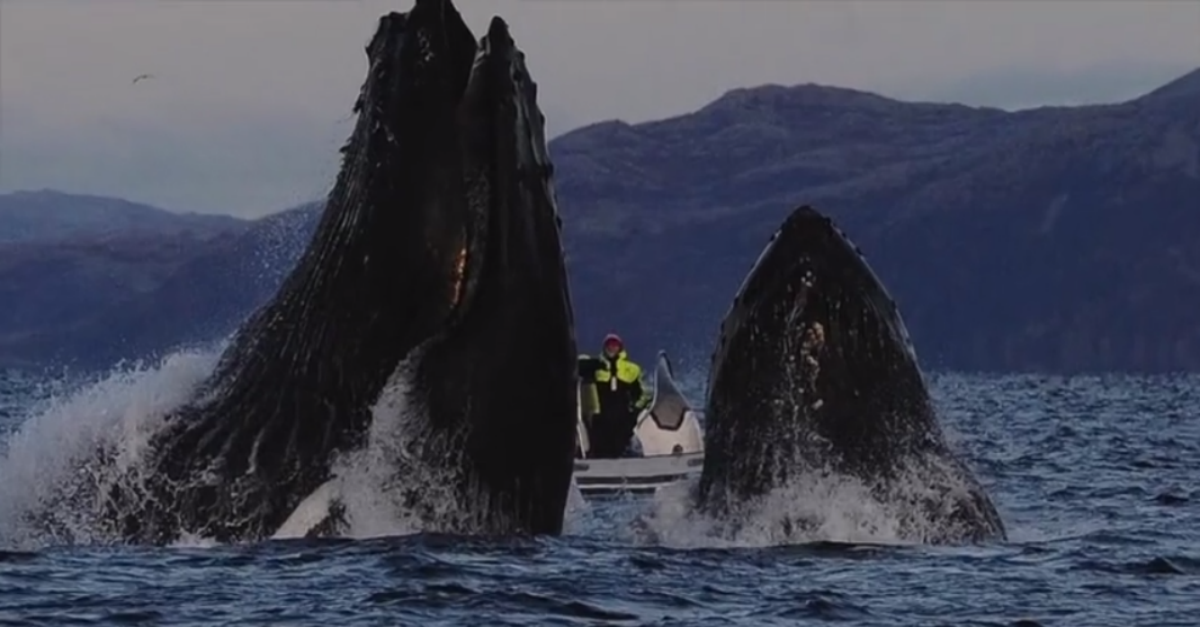