On Monday’s episode of “The View,” the co-hosts took some time to discuss the massacre and other social issues that have come up in the wake of the attack.

RELATED: Watch the co-hosts on “The View” scramble to fill dead air time after someone signs off early

Raven-Symoné started the conversation about the impact that this has had on the LGBT community. With the Pride flag painted on her cheek, Raven-Symoné made comments about how after tragedies like this one, she sees outpouring love and support for the victims, but just a few months later, conversations about gun control and reform suddenly stop altogether.

“This should show that everyone needs to stick together at all times. No matter what you go home with, no matter where you go to work, no matter what. We have to keep these conversations and come up with a plan to fix it,” she said.

After hearing about the tragedy, Raven-Symoné shared her love for the victims on Twitter.

“To the families [sic] of the Orlando tragedy: long vibrations of energy healing. You are all in my meditations!! #nohate,” she wrote.

To the familys of the Orlando tragedy: loving vibrations of energy healing. You are in my meditations!! #nohate

Joy Behar joined in on the conversation, pointing out Donald Trump’s comments about not banning assault weapons.

“There was a security guard outside of Pulse this weekend, who had a gun, they exchanged fire and the guy went right past him with his assault weapons and killed 50 people,” Behar said.

RELATED: The roundtable on “The View” is going to look very different now that one co-host got the boot

All of the gun-talk must have riled up Whoopi Goldberg because by the end of Behar’s statements, it was clear that she had enough.

“It’s about an amendment in the Constitution that people misread. The Constitution doesn’t say you can carry hundreds of guns, it says you can protect your home, protect yourself,” Goldberg said. “You can’t hunt anything with an assault rifle! You can’t do it! There’s nothing left! It’s gone! And, not for nothing, all you people on Twitter that like to come after folks, back up. Because you can’t explain this away. You couldn’t explain it at Sandy Hook. You can’t explain it here! There’s no reason for anybody to have a machine gun, basically, to do this. I’m sorry. Keep your stuff to yourself. I don’t care what you think. Back off me! I don’t care!” 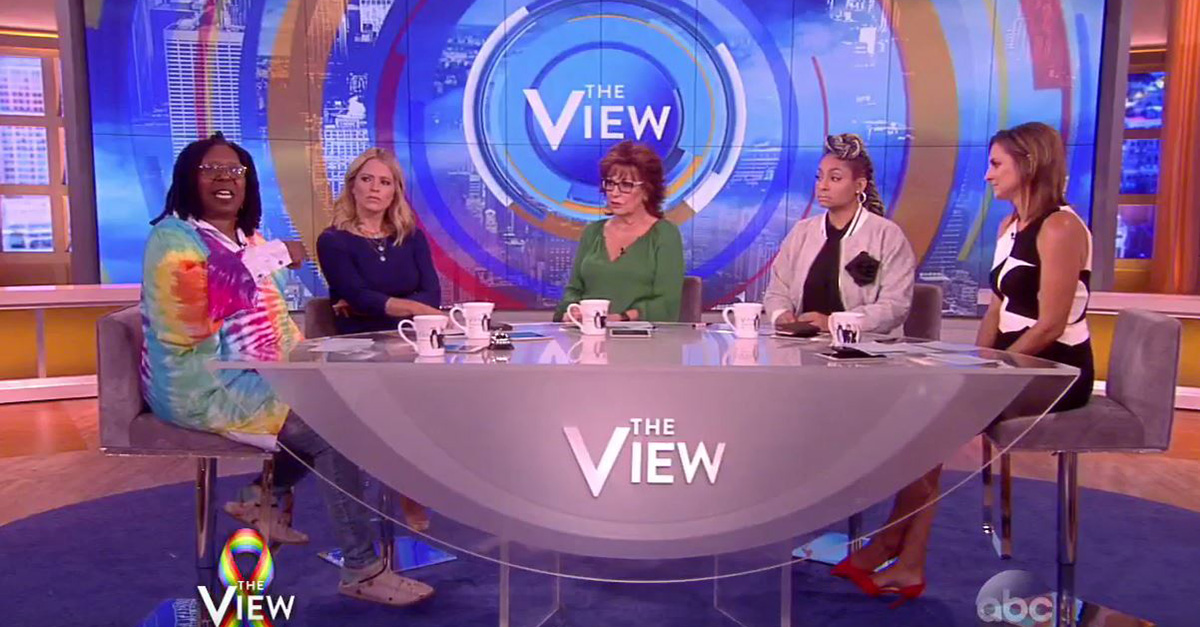