Jason Aldean is totally in the running for country music dad of the year.

Just check out this adorable photo of Jason and his youngest daughter, Kendyll, stepping out for a father-daughter dance near Nashville on Saturday, March 4.

RELATED: Jason Aldean reveals when he and wife Brittany expect to be expecting

Jason writes, “Had a blast dancing the night away at the father daughter dance tonight with this kiddo.”

The theme of the event was ’50s sock hop, which explains why Kendyll is wearing a scarf around her neck looking like Sandy from “Grease” and Jason is wearing a leather jacket and hat in a nod to “Rebel Without a Cause” star James Dean.

RELATED: Jason Aldean’s beautiful, oldest daughter is the spitting image of her daddy

Jason’s two daughters, Keeley and Kendyll, are growing up so fast, but the country superstar could be dealing with diapers again very soon. Jason has said he and wife Brittany are ready to have their first baby together any day now.

In an interview last fall, Jason said, “It’s definitely something we’ve talked about something we want to do. I think that’s kind of like, ‘Whenever it’s meant to be, it’s just gonna happen.’ I’d like to say, ‘Well, it’s gonna happen next week,’ but I don’t know. That’s a little up in the air there. We’re down for that 100 percent, and we’ll see whenever that time comes.” 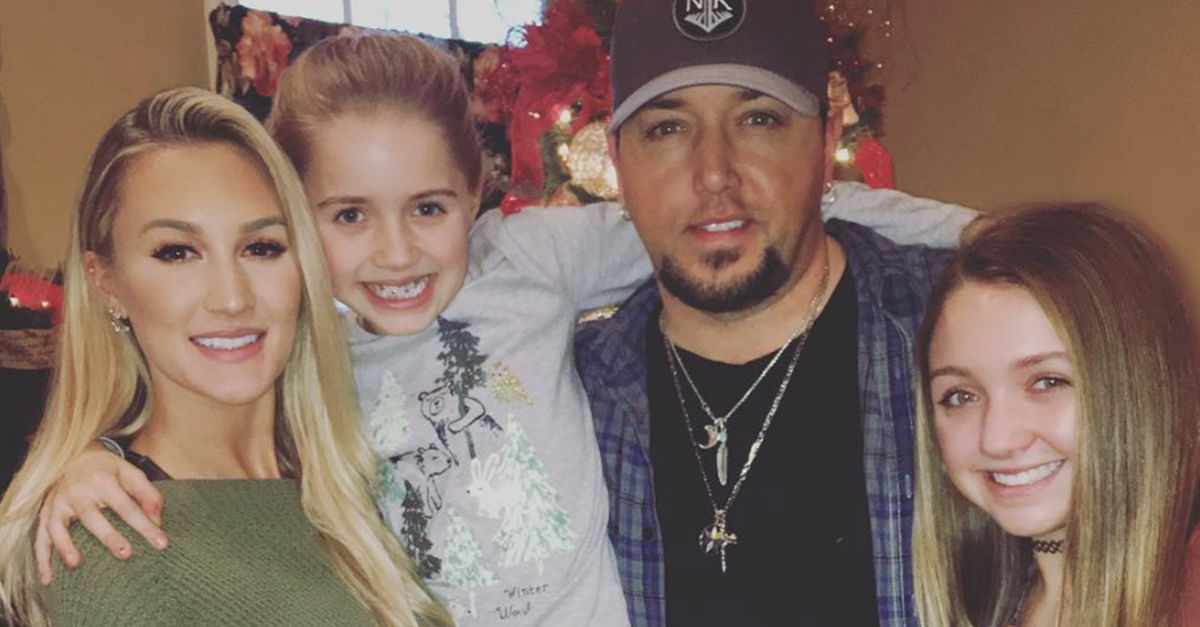