So when he took to the stage at Billy Bob’s Texas in Fort Worth, Texas on Jan. 27, he turned out a rousing rendition of Randy Travis’ 1987 hit, “Forever and Ever, Amen.” But there was something special about this performance that made the night unlike any other.

You see, Scotty had just decided to throw the tune into his setlist. And Randy, just so happened to be in the audience that night!

As you can see in the video above, which one fan posted on Twitter, Randy is shown dancing in his chair and mouthing out the lyrics to the song.

Turns out that Scotty was actually aware of Randy’s attendance. But he couldn’t have been more excited to see the 57-year-old legend having a blast at his show! Following his performance, the still-shocked Scotty took to Facebook with some very heartfelt words describing how lucky he felt to be in the presence of his icon:

Yall won’t believe this,” Scotty writes, “45 minutes before my show last night at Billy Bob’s and there’s a knock on my bus door. My tour manager says, “Hey, Scotty come here.” So I walk up to the front of the bus, look out the window, and who is standing outside my door? RANDY TRAVIS!!! He, his wife Mary and his family decided to ride over to the show and surprise me! Got to visit with them for a while before the show, and then they all sat on the side of the stage and watched the whole show!

RELATED: The death of his grandfather inspires one of Scotty McCreery’s most beautiful songs

The craziest thing about all of this though is five years ago, before my first full solo show with my band, we had worked up “Forever and Ever, Amen” to sing right before that show. However, for whatever reason, we took the song out of our set list and never played it live over the years. But this year, we decided to put ‘Forever and Ever, Amen’ back into the set list, and last night was my first time ever performing that song live. And who just happened to show up, surprise me, and watch the whole show from the side of the stage? Randy Travis. I’d say that’s a God thing! Definitely one of the coolest moments of my career to date is singing that song live, and looking over to my right and seeing him smiling ear-to-ear, dancing, and singing along with us! What an honor!

Scotty will be one of many artists to pay tribute to Randy on Feb. 8, as part of “1 Night. 1 Place. 1 Time: A Heroes and Friends Tribute to Randy Travis.” The event will take place at Nashville’s Bridgestone Arena and also includes artists Alabama, Kenny Rogers, Rodney Atkins, Ricky Skaggs, Josh Turner and more. 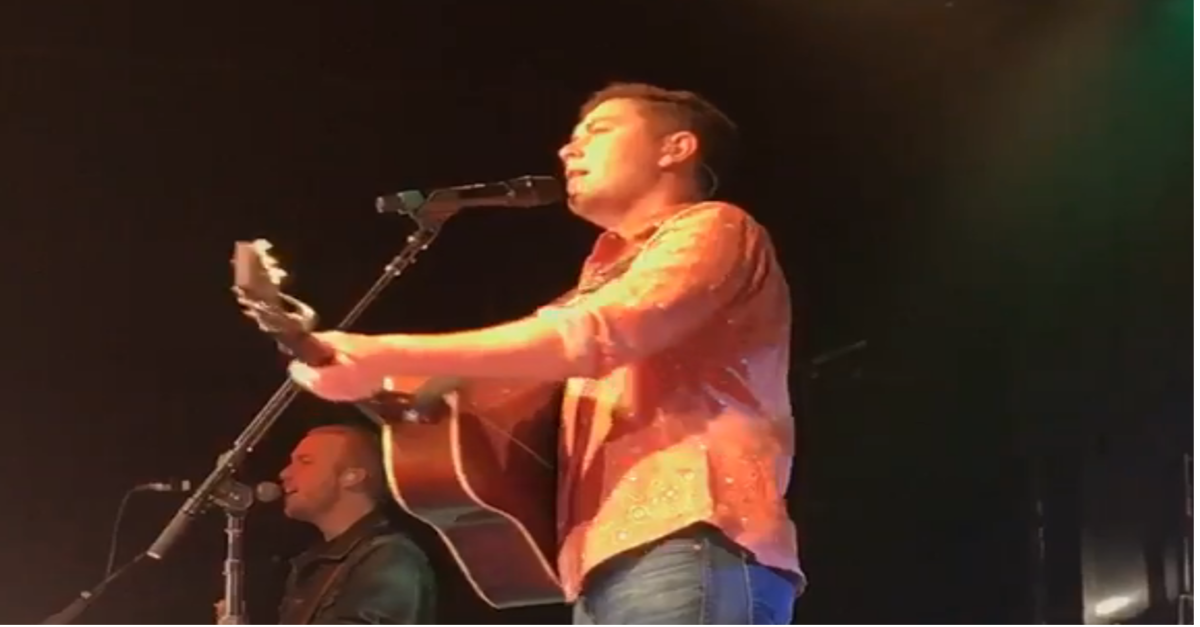