Country music star Frankie Ballard and his gorgeous gal, Christina Murphy, can look forward to a life of happiness now that they’ve officially tied the knot!

The two, who were joined in matrimony on March 12, revealed news of their new union to fans on their respective Instagram pages.

Now, the “Sunshine & Whiskey” singer, 34, and his new bride are sharing all of the details of their dream wedding ceremony. And, boy does it sound romantic!

According to People Magazine, the newly married couple wed inside a historic little chapel at the Star Hill Ranch in Bee Cave, Texas. They exchanged nuptials before sunset. Frankie wore a classic black tuxedo with a bow tie, while Chrissy stunned in a silhouette-hugging mermaid dress.

But, the sweetest part of all was the tribute that Chrissy paid to her late father, Mike.

“It was very difficult for Chrissy to walk down that aisle without him,” says Frankie. “She held tight to a handkerchief sewn from his favorite shirt.”

Despite the absence of her father, the Texas-born bride was able to catch up with some of her close relatives.

“All of her grandparents are there,” Frankie says of his wife’s home state. “So we wanted to keep it close to home, making sure they could boogie down with us.”

RELATED: A country star and his beautiful bride tie the knot

Venue and family aside, there was one part of the wedding that Frankie enjoyed the most. “The best moment was our 10-second smoocher right after ‘I do,’” he says. 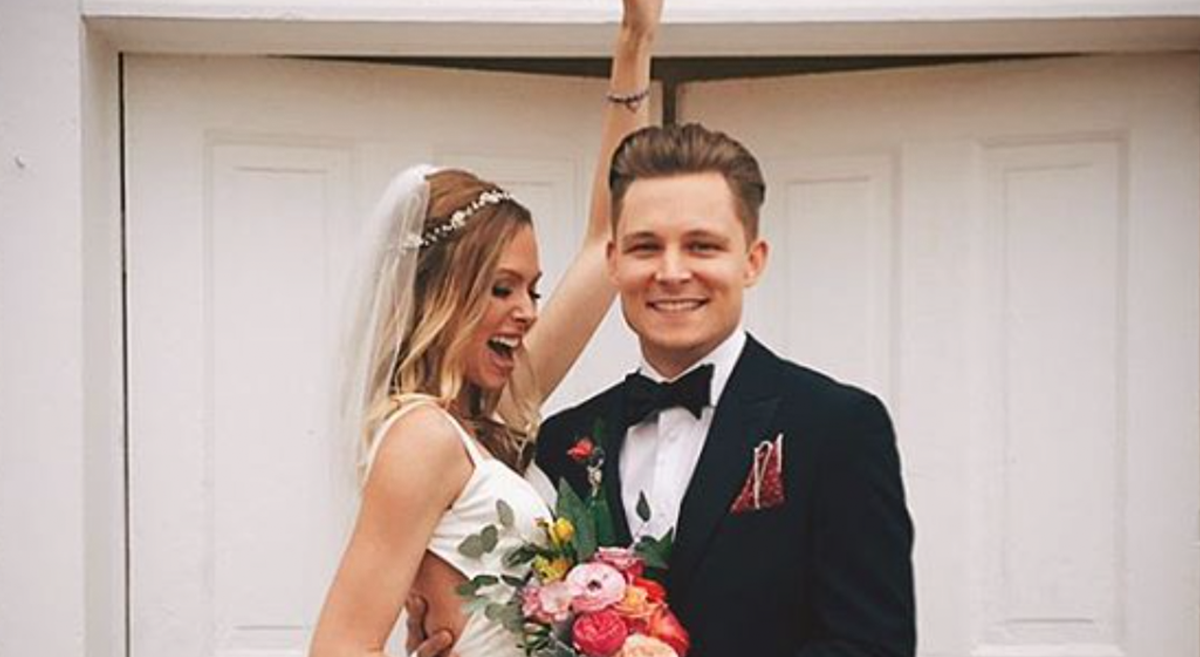