Who would have ever thought Sara Evans’ new duet partner would turn out to be “Chrisley Knows Best” star Todd Chrisley. The unlikely duo teamed up to record a new song, “Infinite Love,” for Todd’s wife, Julie, and you can see them performing the song on the “Chrisley Knows Best” mid-season finale airing Tuesday, June 14 at 10 p.m. ET on USA.

What started as a simple song for the show has now turned into a surprise country hit, rising to No. 8 on the iTunes country song chart.

RELATED: You have to see Todd Chrisley’s over-the-top lip sync to this Shania Twain hit

Sara tells Rare Country, “It’s becoming this huge hit record. We’re going to have to go on tour together.”

Todd adds, “I don’t think any of us, or I certainly did not have the expectation of where we are today with the song.”

As usual, Todd had fun with his son going back and forth about his country song as it rose up the charts.

RELATED: Flashback to the time when Sara Evans sang this country chart-topper at the Grand Ole Opry

Todd had the last laugh, though. He continues, “I woke up the next morning and it was at No. 13, and I texted Chase, ‘Who’s your daddy now?’ Daddy’s got a hit song.”

You may be surprised to learn that Todd and Sara knew each other before he became a star on “Chrisley Knows Best.” That’s why they were having such a blast hanging out together at the CMA Music Festival in Nashville talking about “Infinite Love.”

Sara says, “It is an odd pairing. We’ve been friends for a long time, but all day today it’s been, like, I’m here with Todd Chrisley. It’s so fun because it’s out of the norm of what I’m usually doing in the career and getting a chance to hang out with Todd and doing the song with him, it’s a super fun experience.”

After this week’s mid-season finale, “Chrisley Knows Best” will return for the rest of its fourth season this fall on USA. 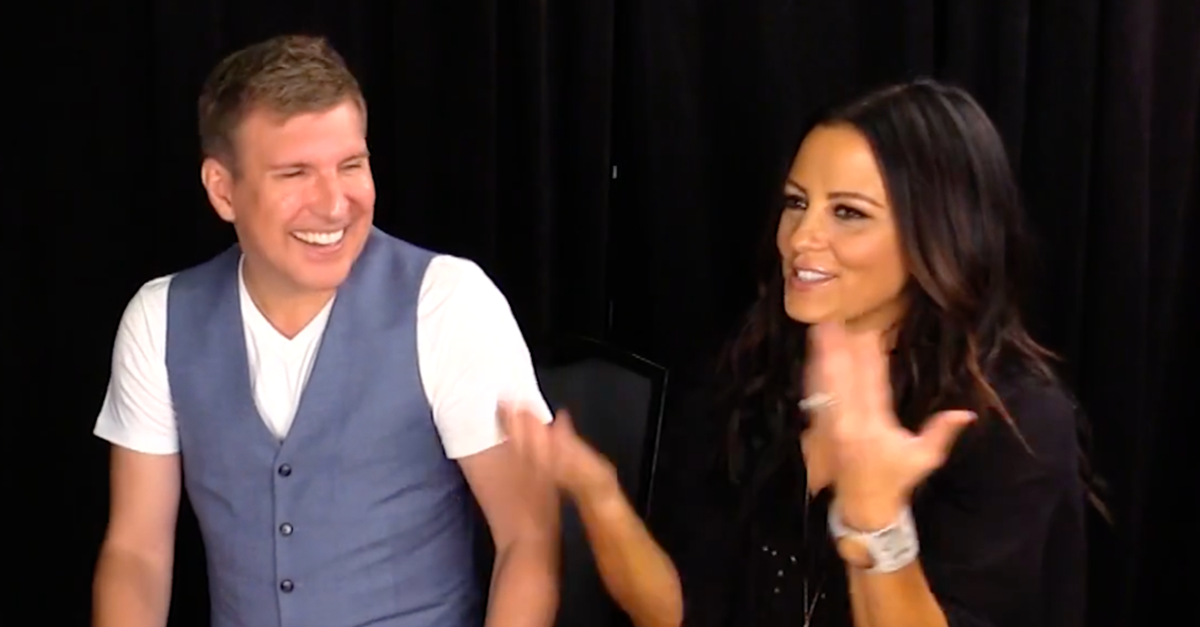