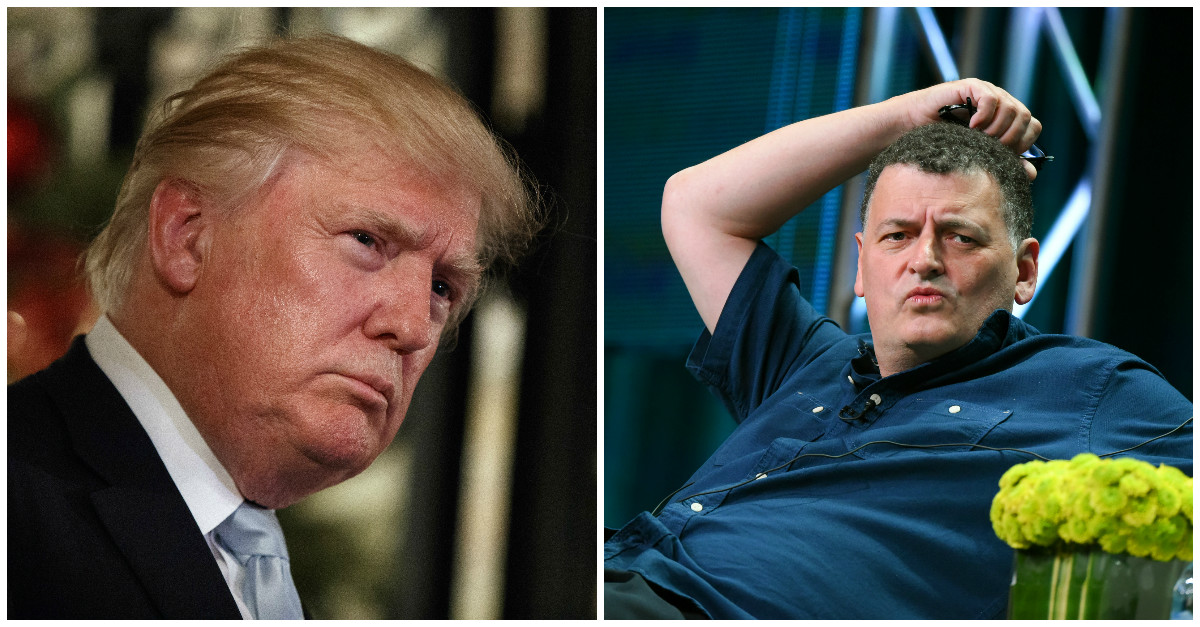 Scottish-born Steven Moffat, known for his TV writing and producing of hit shows “Sherlock” and “Doctor Who,” has said from across the pond that President-elect Donald Trump could go down as the “biggest mistake in human history.”

RELATED: Yet another musical act has dropped out of the Trump inauguration lineup ? here?s why

Moffat made the remarks while answering a question from an Entertainment Weekly reporter about a character on the show “Sherlock.”

The producer was asked, “Some have speculated that Culverton Smith was inspired by Donald Trump, was that a thought anywhere in your creation of him?”

Moffat replied by saying that Trump’s election could be “fatal for the human race” and “the biggest mistake in human history,” and that Trump’s celebrity enabled to him to dodge “admit[ting] sexual predator behavior.”

RELATED: Obama and Clinton staffers are already feeling the pain of a Trump administration, because they can?t find jobs

Here was his full response:

Only in the sense of a general disquiet about how celebrity seems to erase all other sins ? in that sense, I suppose, it?s about the rise of celebrity. And now we have a completely unqualified man to be running America. It?s extraordinary and possibly fatal for the human race ? that?s not an exaggeration. It might be the biggest mistake made in human history, giving that man the nuclear codes. So I think the idea is that celebrity allows you to transgress in ways that normal human beings are not allowed to. [Trump?s] admitted to sexual predator behavior ? sexually assault, really ? and that?s extraordinary to me. He?s not the only celebrity like that. He?s just about to become the most powerful one.

The comments come after the “Sherlock” season four finale was  “watched by smallest audience in show’s history.”