Tom Price, who leads Donald Trump’s Department of Health and Human Services says that he’ll pay for the private jets that he’s taken in his tenure.

Price has taken at least 26 private jets since May, totaling more than $400,000 in fees, Politico first reported. The spending caught the eye of President Trump who reportedly wasn’t happy with his cabinet member. In one week, Price took five trips on private jets, including one trip from Washington to Philadelphia, which is only a distance of 135 miles. But in a Thursday statement, the bureaucrat claimed “the taxpayers won’t pay a dime for my seat on those planes.”

RELATED: Four things President Trump can do right now to push back against North Korea

The Department of Health and Human Services claims that all the trips were made to conduct official government business. However, on two occasions, Price flew to resort locations where he owns property. And while top officials may fly private overseas, they usually take commercial flights when in the United States. HHS launched an internal investigation into the former Georgia congressman

President Trump has reportedly been angered by the loose spending. On Wednesday when asked if he will keep Price in his cabinet, the president responded “we’ll see.” While in the House of Representatives, Price led the House Budget Committee and worked to cut taxes and federal spending. 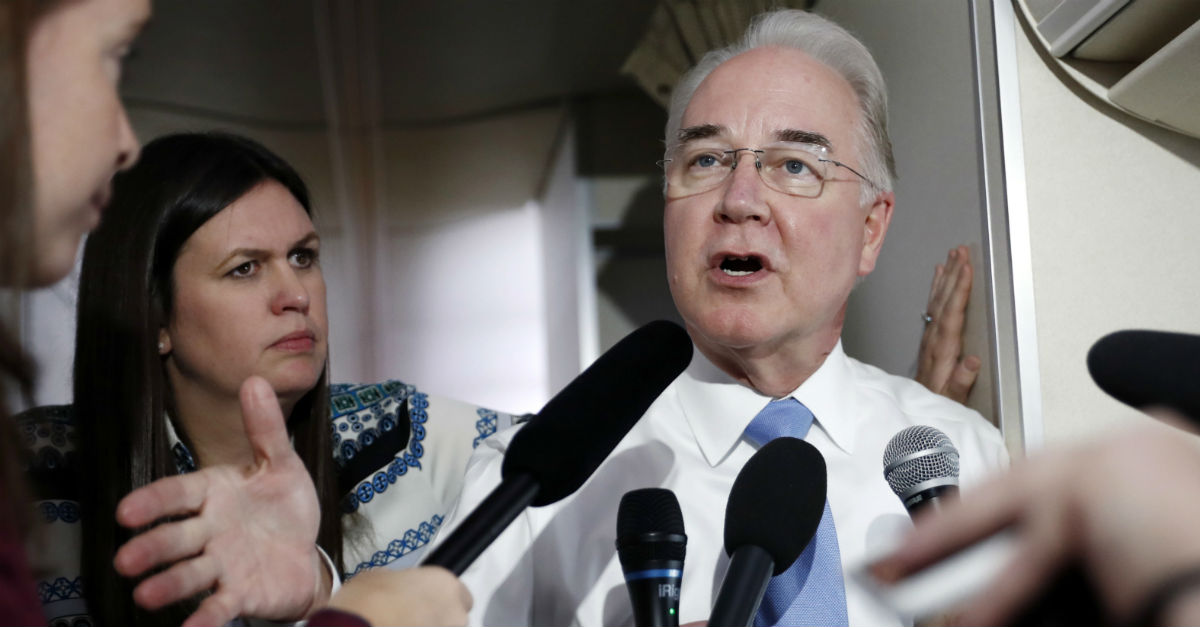