A woman says she noticed that each time she got up to go to the bathroom at a bar in Gresham, Ore. she was followed by a man.

On one occasion, she said, the man walked in on her and she thought it was an accident, but when she discussed it with her friends, she realized that wasn’t the case, and she set a trap.

The woman, who hasn’t been identified beyond “Shannon,” caught a bewildered Matthew Dziewiontkowski off guard when he walked in on her as she used a unisex bathroom.

RELATED: A Walmart customer cursed out and beat up a dad in a bathroom for the most ridiculous reason imaginable

According to KATU, the woman said a couple of her girlfriends experienced the same “accident.”

Then she said they developed a plan to catch him.

“After a while we would slam the door and the door did lock and he still would try to push open the door. Every time a girl would go to the bathroom he would get up and go,” she said. “I coughed when I was taking the video, so he heard me going to the bathroom.”

In the video you can hear the censored exchange that occurred between the woman and Dziewiontkowski.

Woman: Are you trying to [expletive] see me in the bathroom?! Every time I go to the bathroom you come to the door, every single time. I got you on film.

Woman: “Are you being a [expletive] creep?”

Police believe Dziewiontkowski walked in on people at least 15 times in one night and they are investigating further to see if more have been targeted.

The prosecution maintains that bar surveillance video shows him following people into the bathroom 16 times in a seven hour period.

RELATED: A little girl went to the bathroom alone and let out a scream — what her mom saw inside will make you sick

Dziewiontkowski was arrested Monday and appeared in court Tuesday for a misdemeanor charge of invasion of privacy.

He pleaded not guilty.

For now, a judge’s order bans the man from the bar as he faces a criminal charge.

Dziewiontkowski has been released from the Multnomah County Jail and barred from going to the bar. He is scheduled to go back to court again on June 21. 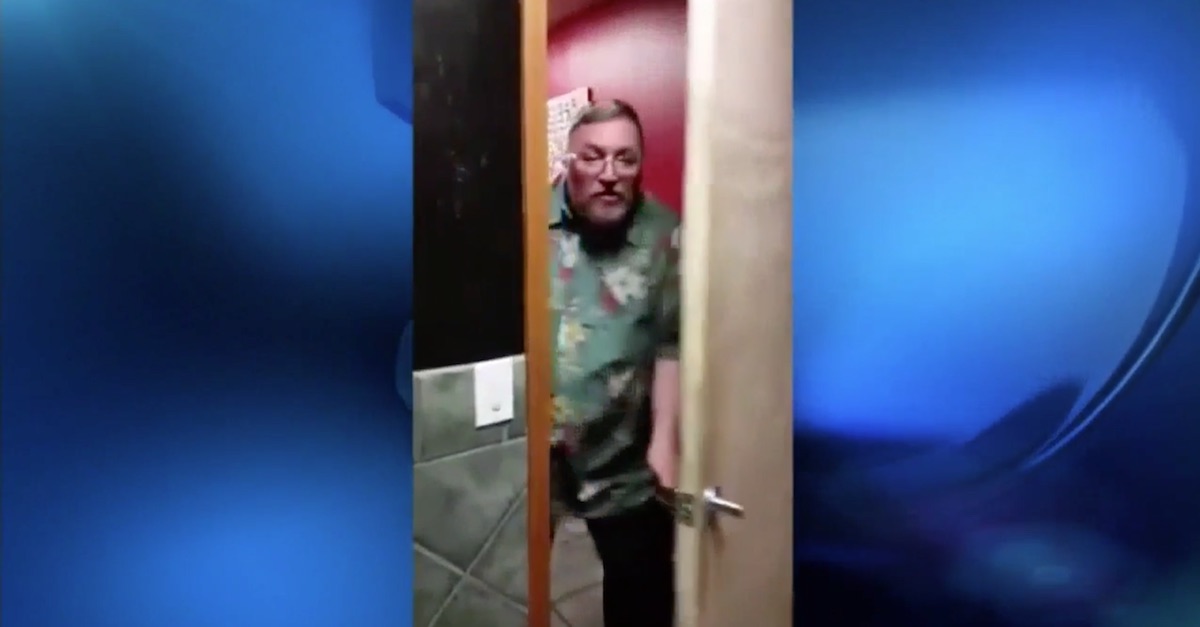