While speaking with E! News, “Charmed” actress Alyssa Milano revealed that she and former co-star Shannen Doherty are reconnecting after years of tension following Doherty’s exit from the show.

“Shannen and I talk a lot on Twitter via [direct message],” she said when asked if she and Doherty had made up since their highly speculated feud. “And I spoke to her maybe two or three days ago, and we decided that we’re going to get together. That date has not been set yet, but yes!”

Milano explained that time and life experiences, including Doherty’s recent battle with breast cancer, have changed both actress’ outlooks on life, and they want to put the past behind them.

“I think we’re just at ages now that what happens 15 years ago, or however long ago that was, it’s irrelevant,” she continued. “I think that what she has gone through, [and] motherhood in my life, I think it just changes people. I’m so happy that she’s feeling well. I prayed for her every day that she would feel well and I can’t wait to see her.”

What does this mean for the upcoming “Charmed” reboot on the CW? We’ll just have to wait and see! 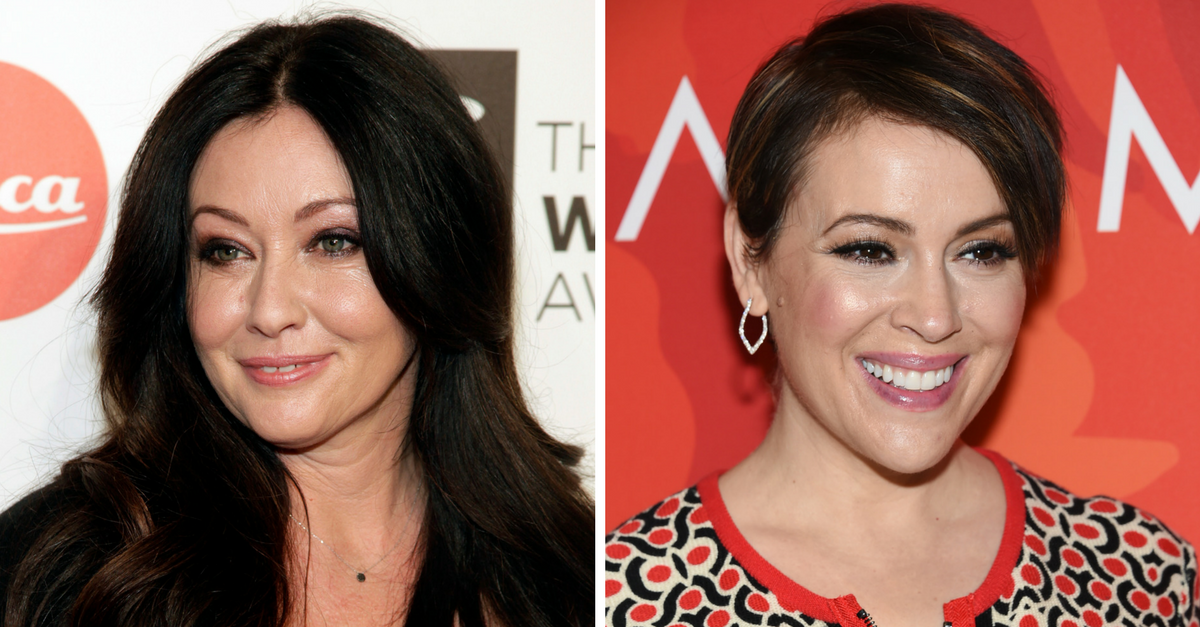