The man, identified by the Cook County State’s Attorney as Edward Hanania, dropped the poodles from a parking garage at Advocate Christ Hospital, according to the Chicagoist. One of the two dogs was killed, while the other miraculously survived the fall.

Police believe Hanania falsely responded to a Facebook post which labeled the dogs as lost-and-found. They believe Hanania claimed to own the dogs, retrieved them and took them to the hospital garage where he knowingly dropped them.

Six-year-old dog Garo died upon impact, but one-year-old dog Angel was somehow able to survive the fall. Despite surviving the top-story drop, Angel will need surgeries to continue living, according to Chicagoist.

Officers responded to the scene rushing both dogs to Animal Welfare where it was determined that Angel sustained a broken leg and bruised ribs, according to ABC7.

“I can’t imagine why somebody would do it,” Division Chief Randy Palmer of the Oak Lawn police told ABC7. “I don’t know if this individual went there with that specific intent of doing and at some point that did entire his mind, and carry out the act.”

When the rightful owner of the dogs came to claim them he was overcome with emotion as he cried, according to ABC7. Witnesses said he cried for the dogs calling them his babies.

Oak Lawn police said their investigation resulted in an arrest and Hanania is being charged. Police said the dog’s owner and Hanania appear to have no prior connection, making the cruel act even more random and unbelievable. 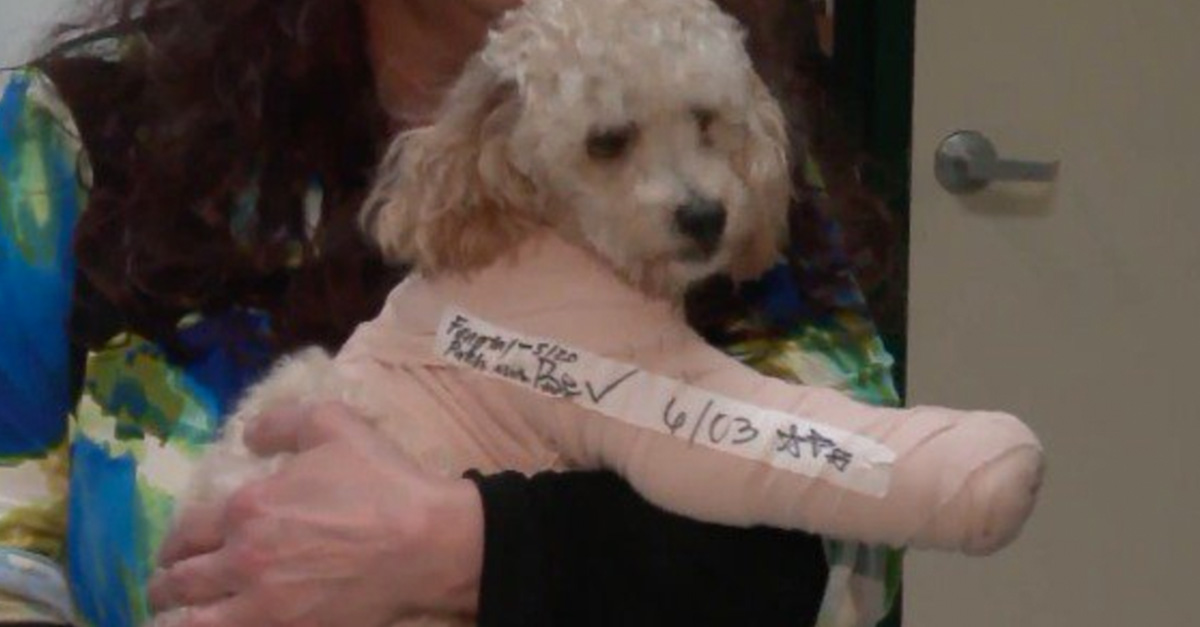