Menu
Follow us
Search
Menu
Search
APPOMATTOX, VA - APRIL 09: American Civil War re-enactors dressed as members of the North Carolina 26th Infantry march during a re-enactment of the Battle of Appomattox Court House at the Appomattox Court House National Historical Park April 9, 2015 in Appomattox, Virginia. Today is the 150th anniversary of Confederate General Robert E. Lee's surrender of the Army of Northern Virginia to Union forces commanded by General Ulysses S. Grant in the McLean House at Appomattox, Virginia. The surrender marked the beginning of the end of the American Civil War in 1865. (Photo by Win McNamee/Getty Images)

A second Civil War reenactment in Virginia has been cancelled by local authorities.

WMAL, citing Associated Press, reports that the Fairfax County Park Authority notified reenactors that a planned Civil War Encampment Weekend on September 23 and 24 has been cancelled.

Spokesperson Judy Pedersen cited “recent events” in cancelling the event, which was to take place on the grounds of the Sully Historic Site.

This cancellation parallels another cancellation by the Virginia city of Manassas in the immediate wake of the deadly protests in Charlottesville. Citing “the safety of our residents, visitors and reenactors,” Manassas cancelled a “Civil War Weekend” planned for late August.

The cancellations come as a group of marchers walk from Charlottesville to Washington DC in a show of “peaceful disobedience.” They demand the removal of Confederate monuments around the country and the resignation of Charlottesville mayor Michael Signer, according to WTOP. 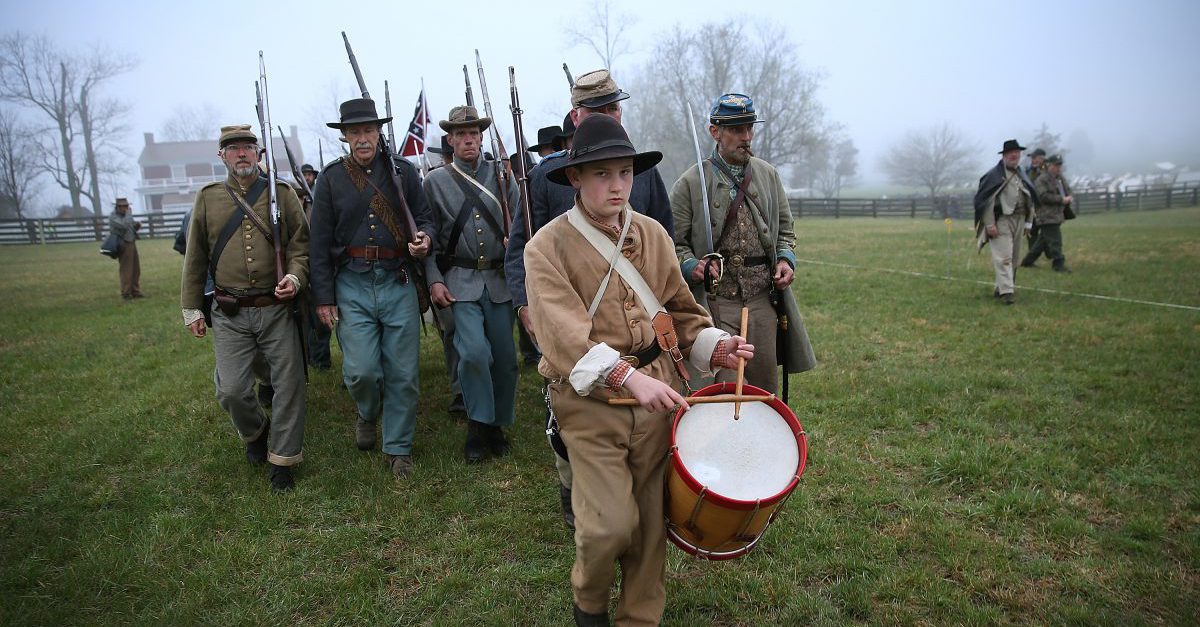