One American was killed in the Barcelona attack 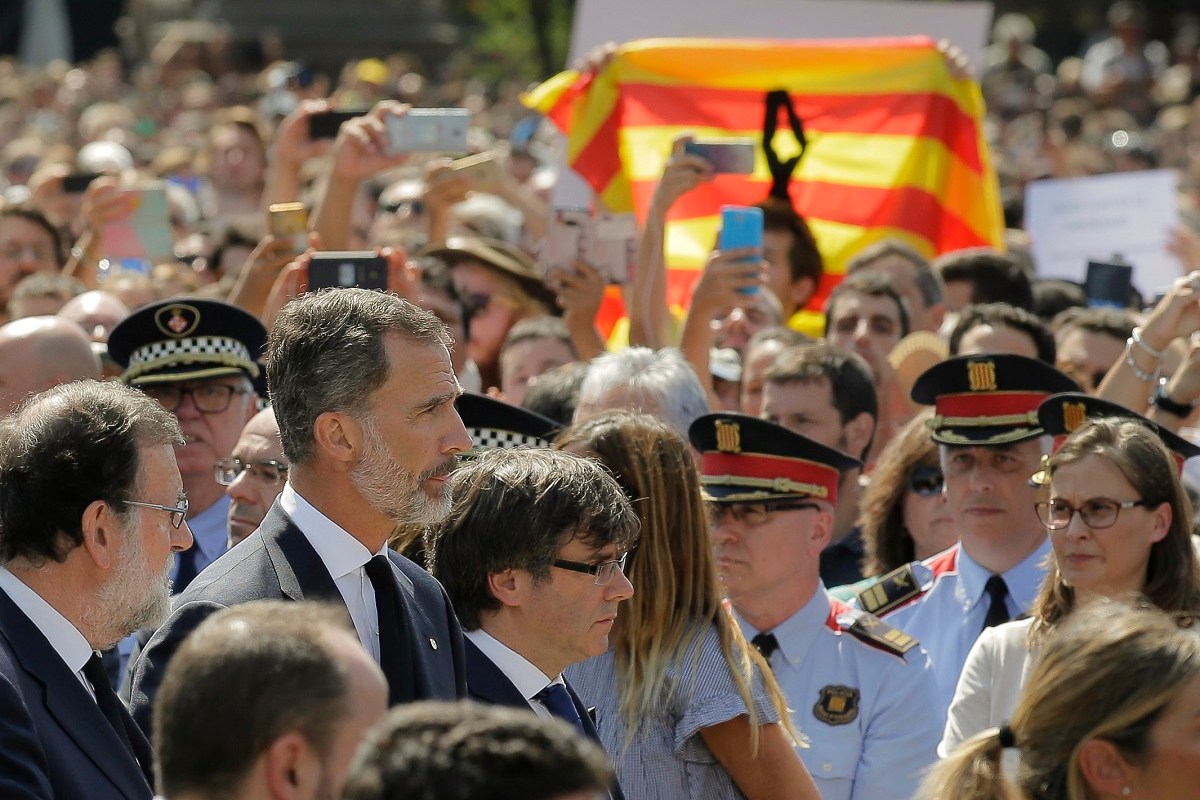 An American is among those killed in Thursday’s van attack in Las Ramblas, Spain, the State Department is telling news outlets.

A total of four people have been arrested so far in connection with two attacks in Spain that have killed at least 14 bystanders.

Thursday?s van attack in Barcelona killed at least 13 people, and one woman was killed early Friday in Cambrils when a car plowed into pedestrians there, according to the Associated Press. Police also fatally shot five suspects in the resort town, about 80 miles southwest of Barcelona.

It was not immediately clear if the Barcelona van driver is among the arrested or dead suspects. Police made the announcement on Twitter without providing further details.

Spanish authorities said the back-to-back vehicle attacks ? as well as an explosion earlier this week in a house elsewhere in the Catalonian region ? were related and the work of a large terrorist group. The Islamic State group quickly claimed responsibility.

On Thursday, a van slammed into pedestrians on Barcelona?s popular La Rambla promenade, killing 13 people and injuring more than 100 others. Hours later, in Cambrils, police shot dead five people wearing fake bomb belts who plowed into a group of tourists and residents with a car. In all, six people, including a police officer, were injured there.

Barcelona tried to move forward Friday, with its iconic Las Ramblas promenade quietly reopening to the public, according to reports, and King Felipe VI and Prime Minister Mariano Rajoy joined thousands of residents and visitors in observing a minute of silence in the city?s main square.

But the dual attacks unnerved a country that has not seen an Islamic extremist attack since 2004, when al-Qaida-inspired bombers killed 192 people in coordinated assaults on Madrid?s commuter trains. Unlike France, Britain, Sweden and Germany, Spain has largely been spared, thanks in part to a crackdown that has netted some 200 suspected jihadis in recent years, according to AP.