One person is dead and eight, including the shooter, have been injured in a “mass casualty” incident at a church in Antioch, Tenn., this morning, reports WSMV.

The shooting happened at the Burnette Chapel Church. Police began receiving shots fired calls around 11:15 a.m., reports The Tennessean. Witnesses report that the shooter arrived to the scene wearing a “clown mask” before killing one victim in the church parking lot and moving inside.

RELATED: Watch what happens when you kill someone’s dog and shoot at police in Idaho’s foothills

BREAKING: 1 killed, at least 6 injured in a shooting at an Antioch church. https://t.co/e3xszu0rd5 pic.twitter.com/D3vmHNULxZ

Once inside, the gunman allegedly “pistol-whipped” an usher who confronted him. That would come back to haunt the shooter when the usher, who is licensed to carry, left the church and returned with his gun. Police credit the “extraordinarily brave” usher with holding the shooter at gunpoint until police arrived.

All victims are over the age of 60 except one, according to the Nashville Fire Department. Members of the church were moved to a safe location in the wake of the shooting.

Police have not released the names of the victims or the alleged shooter at this time, though they describe the suspect as a 26-year-old man who had “no relationship” to the church. 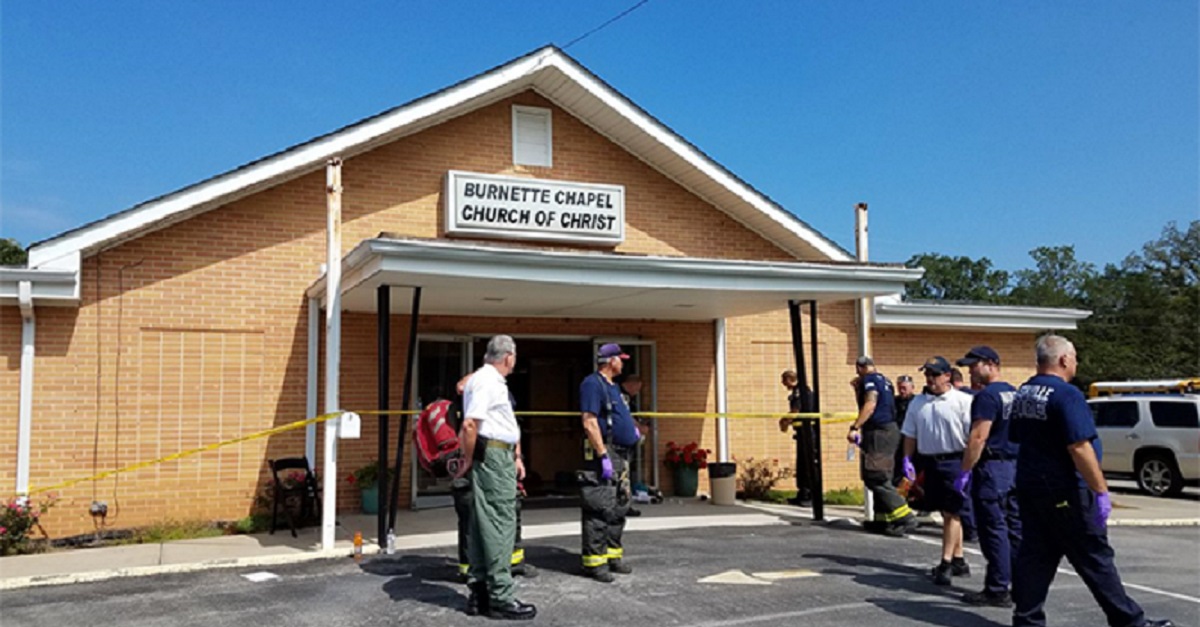