.@marcorubio: "The only thing that's never been leaked is the fact that @POTUS was not personally under investigation." #ComeyDay pic.twitter.com/V0qpE7eHbL

In his prepared statements, James Comey was very clear that, at no point while he was leading the FBI, was President Trump himself under investigation — only people surrounding Trump, like his former Campaign Chairman Paul Manafort. Republican Senator Marco Rubio of Florida then pointed out that “the only thing that’s never been leaked is the fact that the President is not under investigation.”

Donald Trump Jr., the eldest son of the president grabbed onto that moment and pointed out that “we all know that there’s no way someone in the swamp would leak something favorable to POTUS.”

Solid point and seems rather convenient for the partisan nonsense we have seen play out for months. https://t.co/PpYkSVRzmA

A number of conservatives on social media also commented on Comey’s statements, lambasting the leakers and journalists who might have reported on leaks. At one point in the hearing, Comey noted that he doesn’t blame the journalists, but that “it’s difficult to report on confidential matters.”

. @marcorubio made interesting point:w/all leaks in DC not leak the favorable to Trump that he not personally under investigation

With all the leaks, no leak that Trump was NOT under investigation. I wonder why. Could it be Trump foes on the inside didn't want it out?

Of all the leaks, the one thing that never leaked was that the President was NOT under investigation. -Rubio Very suspicious! #ComeyDay

RELATED: Comey says he was “stunned” by his Oval Office conversation with President Trump: “I hope there are tapes” 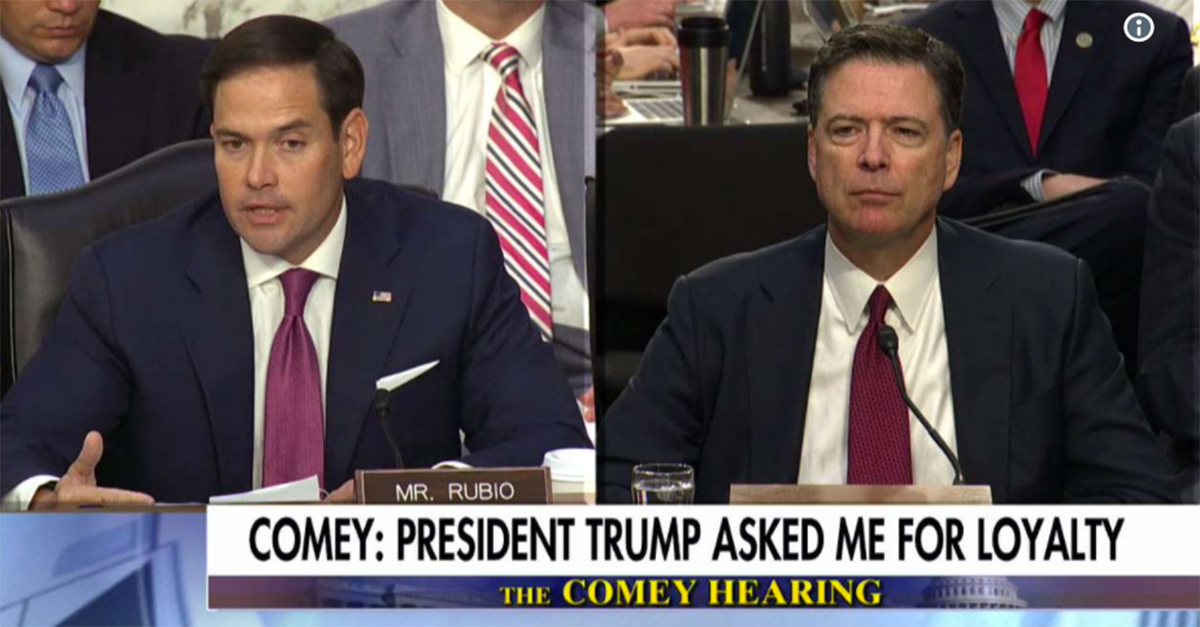