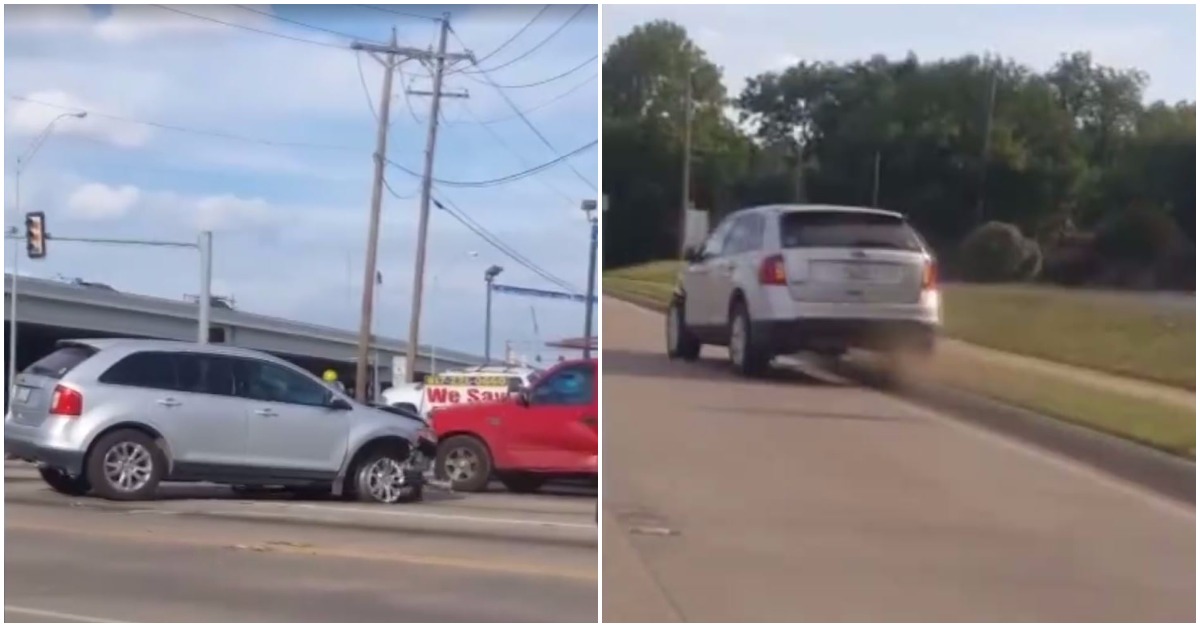 A Fort Worth, Texas, man had a very unsuccessful day on Thursday when he climbed behind the wheel after taking medication. A video obtained by Fox4News shows the drivers smashing into a number of cars before driving away.

RELATED: A speeding driver met his fate in a 100 mph wreck that ended in a midtown crash with a METRORail train

Horns can be heard blaring as the SUV plows over a median and into a truck. The driver, now missing a tire, makes a getaway that includes riding over a sidewalk and smashing into a number of other vehicles stopped at a light.

The driver was later arrested and taken to a hospital, but Fox 4 reported that there were no major injuries. The charges in the incident have not been released, though police did say that a DWI unit is investigating the occurrence.