According to the Detroit News, a man entered a convenience store earlier this week demanding free merchandise. When employees told him he would not receive anything for free, he proceeded to trash the store.

“The man requested free items, and when the clerk told him he wasn’t going to get anything for free, he became irate and pulled down the snack rack,” Detroit Police Officer Nicole Kirkwood said.

The 23-second surveillance video, recorded as part of the city’s Project Green Light initiative, was released by police on Friday and shows two women in line watching as the man, wearing a black hoodie with the U.S. Army’s “Sapper” logo on it and a red ball cap, argues with a clerk who is off-camera. At one point in the video, he knocks over an entire rack containing baked goods.

Afterward, the clerk enacted the store’s electric door lock in order to keep the man inside while waiting for police to arrive. The video shows him trying to push the door open, and when that doesn’t work, he kicks it down in one blow, walking out.

Police have described him as an African-American man between the ages of 25-30.

RELATED: A Mississippi father will face no jail time after accidentally causing his baby’s death 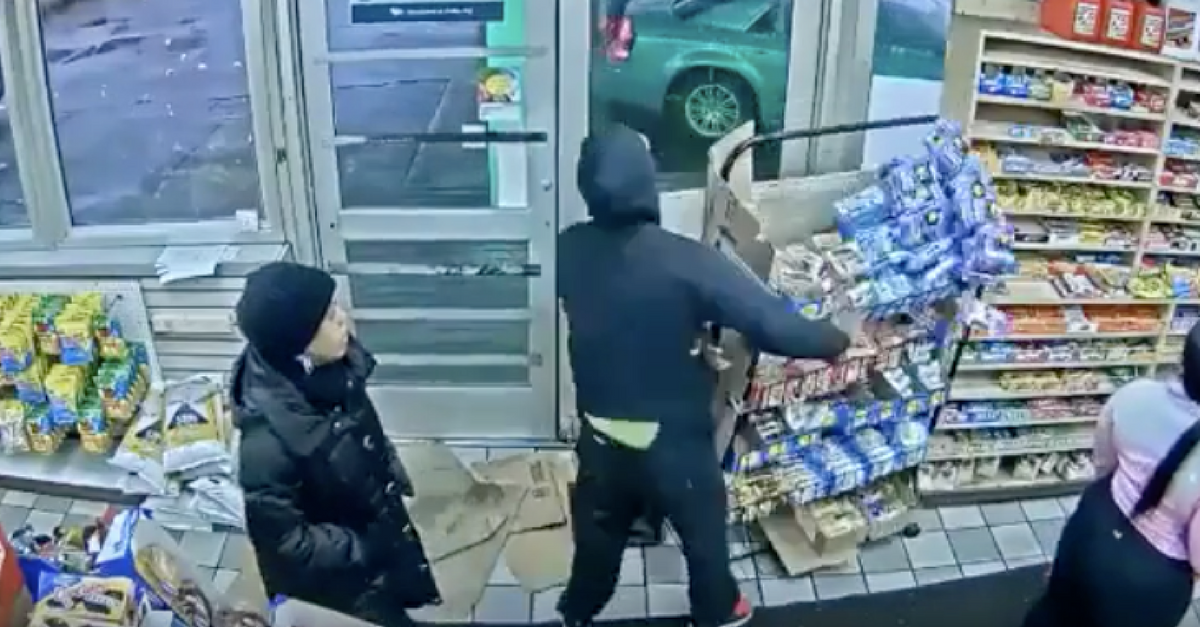