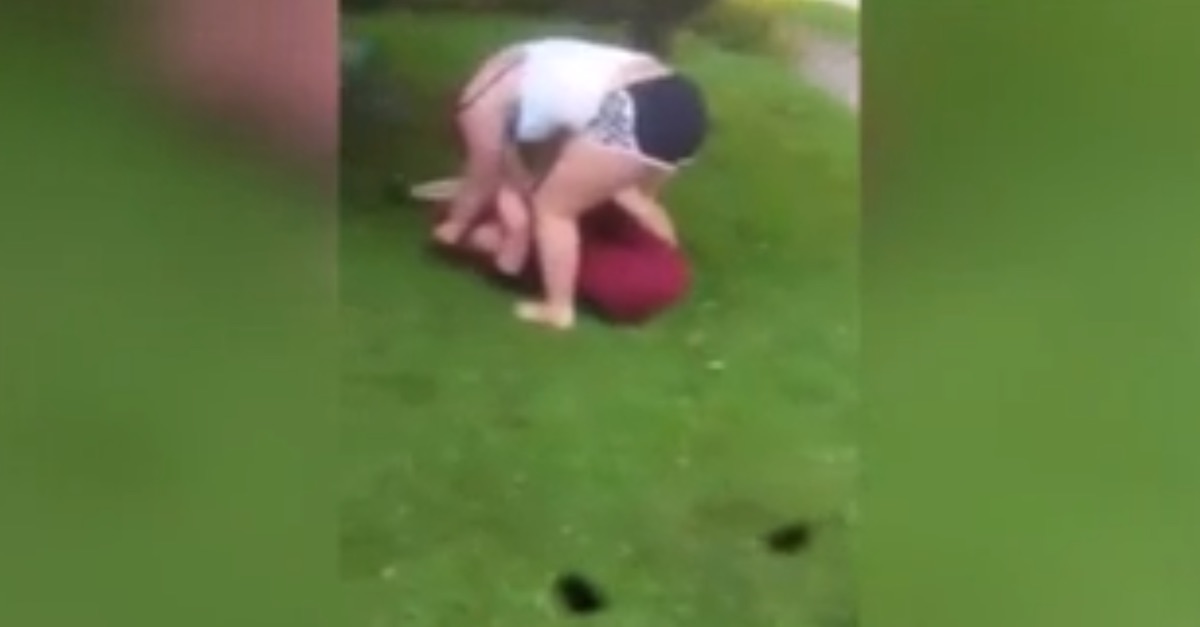 A camera was rolling as two teenage girls worked out their differences on the front lawn of a home in Beech Grove, Ind., but we’re less concerned with the fight than we are with the adults who were watching it.

The brawl broke out for reasons unknown, and many adult neighbors got their popcorn ready for fight night.

In fact, the mother of one of the girls involved actively cheered it on, urging her daughter to “uppercut” her nemesis. Apparently, the unnamed mother even high-fived her daughter for having a good brawl.

RELATED: Badass bus driver takes out the trash after it spits on him, and it’s awesome

According to FOX59, the fight lasted for about three minutes.

One neighbor who saw it all happen said the adults were “egging on the fight” instead of breaking it up.

“The adults were egging on the fight, the mother especially,” neighbor Mary Wilhelm told FOX59. “I think the parent needs to grow up. Who is the adult down there?”

RELATED: Woman caught stomping on a stranger in broad daylight, and no one did anything to stop it

Wilhelm was entirely unsurprised, however, by the brawl. She said police have been called before to break up violence at the home.

“That’s how she’s teaching her daughter to solve her problems, with her fist?” she said. “Why can’t we call this other mother and sit down and have a talk and find out what’s happening with these two?”

Police were called and arrived after the fight had ended.

It’s not clear if there were any charges pressed.