A boxer’s uncle reacted to a cheap shot with one of his own, and it was a direct hit 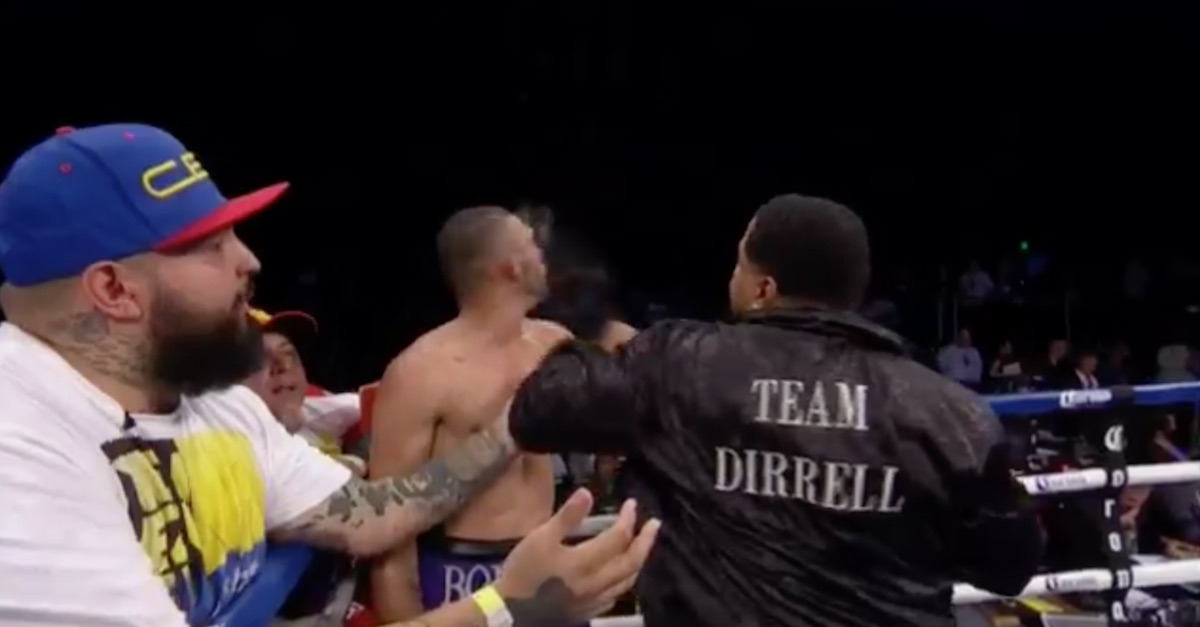 There’s no excuse for this.

A fight between two boxers was marred after a corner man went into the ring and video shows him punching one of the combatants — and now, reports say police are involved.

Andre Dirrell and Jose Uzcategui were battling for the interim IBF 168-pound title fight Saturday when Uzcategui was disqualified for knocking Dirrell out after the bell in the eighth-round. Here’s what happened:

Clearly, that’s a DQ. Afterwards, in a display of sportsmanship, both fighters embraced.

The first step of preparing your garden is thinking forward. Plan your garden ahead of time to enjoy a happy, healthy garden in late spring.

But then things went off the rails. A man identified as Leon Lawson entered the ring and a video shows him throwing a punch that lands squarely on Uzcategui’s jaw. You can also hear the announcers’ shock:

The reaction was immediate and harsh.

Dirrell: “I’m very sorry for what my coach has done. But he loves me. That’s my man, that’s my uncle, that’s my brother, that’s my coach."

ESPN then reported that police are looking for Lawson, but don’t know where he was.

Dirrell's uncle, Leon Lawson, who punched Uzcategui after the fight was over, is wanted by cops and they dont know where he is.