Imagine driving down a busy freeway in the middle of a blizzard, trying to avoid patches of ice and snow and get home safe and sound.

Now imagine doing that while a naked man in a cowboy hat slowly strolls down the middle of the freeway, confusing passengers every step of the way.

On Sunday, such a man was spotted walking down I-75 in Michigan with not a care in the world.

After police officers reached the scene, they were able to coax the man into a police car and take him to the hospital, where he was diagnosed with “excited delirium syndrome.”

The way one driver summarized the situation to another, captures our thoughts on this video perfectly. 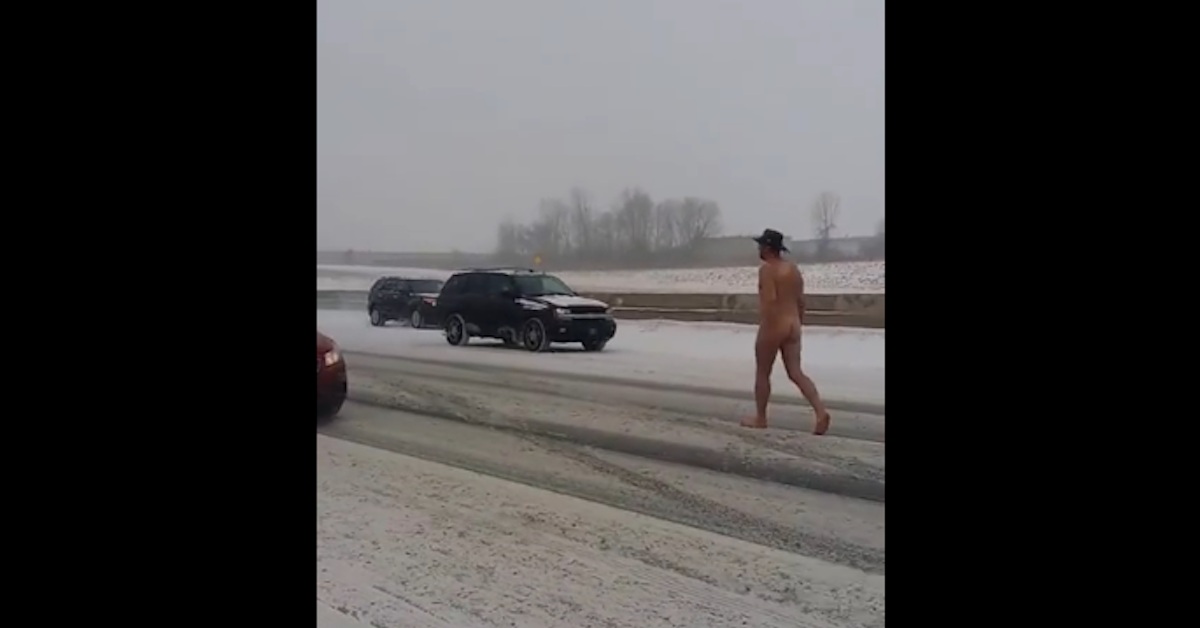