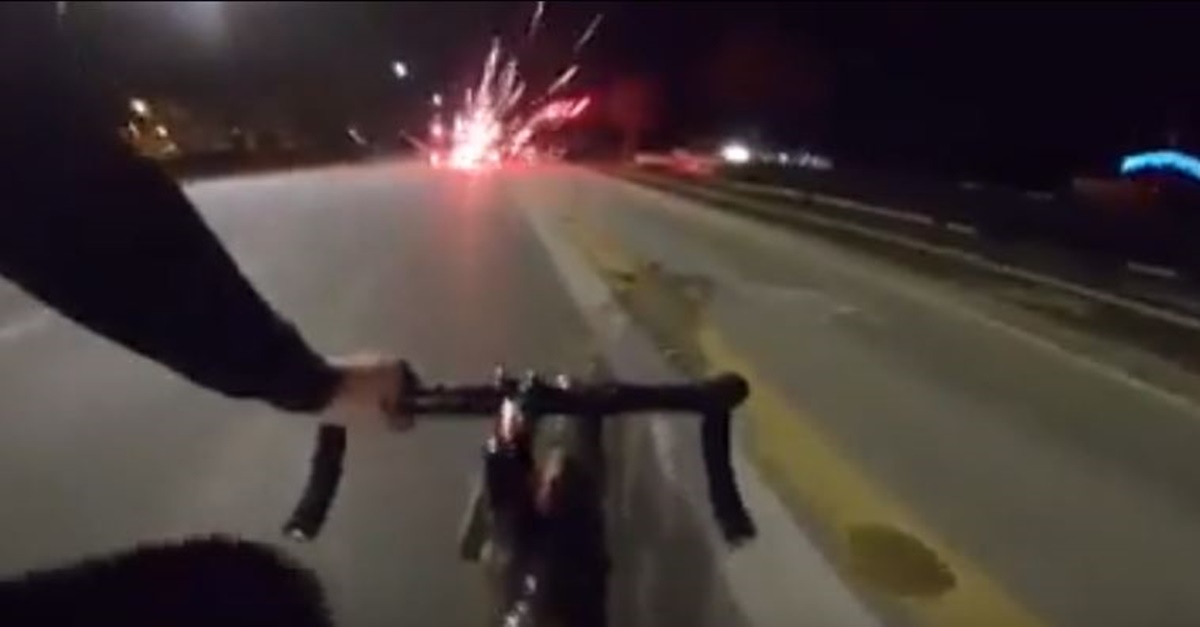 A shocking and bizarre video on the internet shows the moment a cyclist shot fireworks out of a homemade rocket launcher at a passing motorcycle in what appears to be a road rage incident.

The cyclist wasn’t about to let the incident go, though, and proceeded to pull out fireworks and insert them into a homemade rocket launcher before firing them off at the individuals on the motorcycle.

RELATED: This video of a small car ramming a truck is a good reminder to never give in to road rage

He blasts off fireworks multiple times, each time coming heart-stoppingly close to the vehicle’s driver and passenger.

Suddenly, the motorcycle slides sideways, and one individual ends up face down on the street, and the other one starts running as the cyclist continues to chase the individual and launch fireworks.

The video ends with the cyclist jumping off of his bike after seemingly running out of ammunition.