When a Milwaukee woman’s car was about to be stolen, she quite literally “jumped” into action 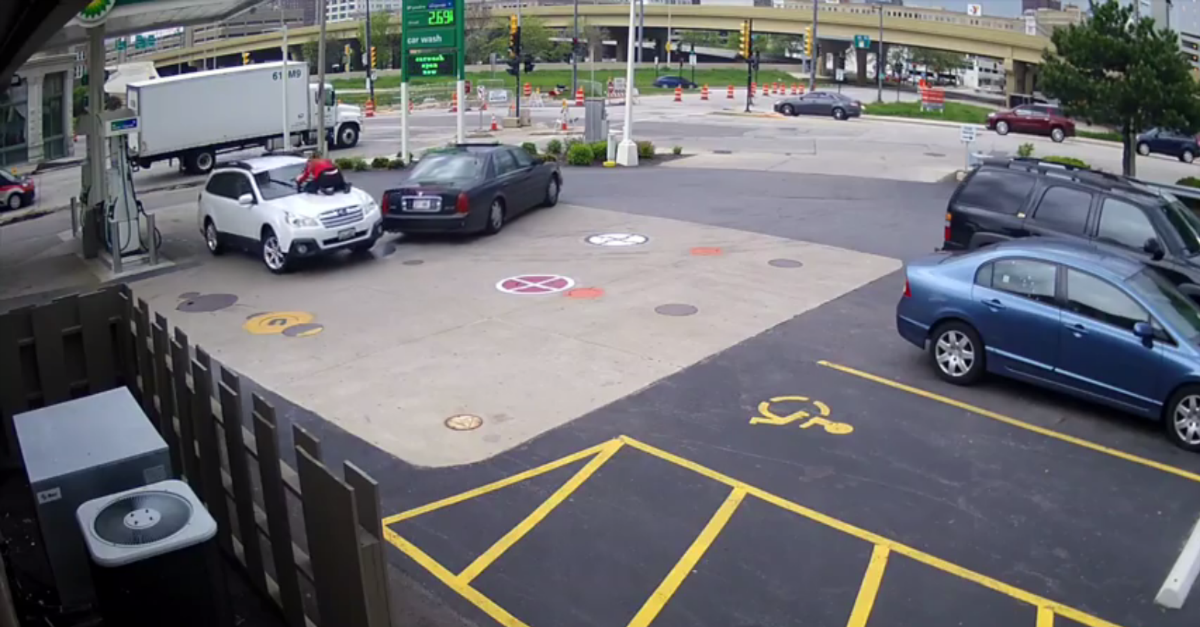 Melissa Marian was pumping gas when a group of teenagers attempted to steal her car, reports Fox 6.

Surveillance video from the Milwaukee gas station shows a car pulling up to the driver’s side after Marian exited her vehicle to walk to the pump. She quickly jumped on the hood of the vehicle and held onto the windshield after one of the suspects entered and attempted to drive away.

The suspect exited the vehicle and jumped back into the first car.

Marian attempted to gain control of her vehicle as it drove into the street. Two people went to help her as she composed herself.

RELATED: A drunk man passed out on their trunk, and this shocking video shows how he survived a ride down the interstate

“I know my reaction was not the smartest nor safest but it was my instinct reaction,” she admitted.

Marian also addressed the teens, who also stole her purse, wallet, and phone.

“This is not cool and it will not make you successful or good honest money,” she warned.

Marian thanked those who helped her.