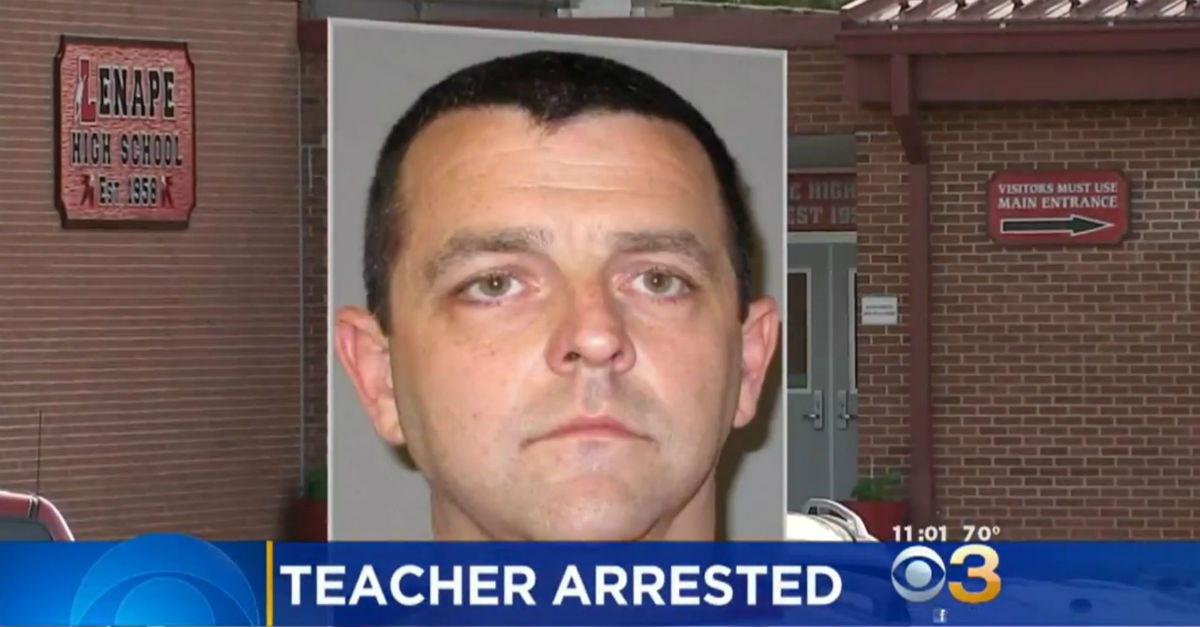 43-year-old chemistry teacher Eric Howell of Maple Shade, New Jersey is in some trouble after prosecutors said they found video recordings of at least three students in his home. Howell had reportedly been filming “upskirt” videos of female students in the hallway, using a camera hidden in a bottle of coconut water that he kept in his briefcase.

RELATED: After twelve years, this infamous teacher-student marriage is coming to an end

Howell is still new to Lenape High School, he has only been employed since 2016 and ABC 13 reported that somebody notified school administrators on May 2 of Howell’s “suspicious behavior.” Students apparently noticed the teacher carrying his bag awkwardly so that he could film up the shorts and skirts of girls.

School officials immediately notified police and banned Howell from the premises. In a statement, they wrote:

We reported this matter to the local authorities as soon as we were made aware of it. We immediately contacted and communicated with specific parents throughout the investigation by the authorities, offered counseling to any students and staff member with a concern regarding this issue, and did not permit this individual on our school grounds or at any LRHSD events. We commend the Medford Township Police Department and the Burlington County Prosecutor’s Office for their swift attention to this matter, helping to ensure the security, health and safety of our students, staff and entire school community.

RELATED: Another teacher was hauled off to jail after what he allegedly did to two seventh grade girls

Authorities say that they believe Howell also filmed videos at a convenience store. He was arrested on Wednesday and appeared in court on Thursday.