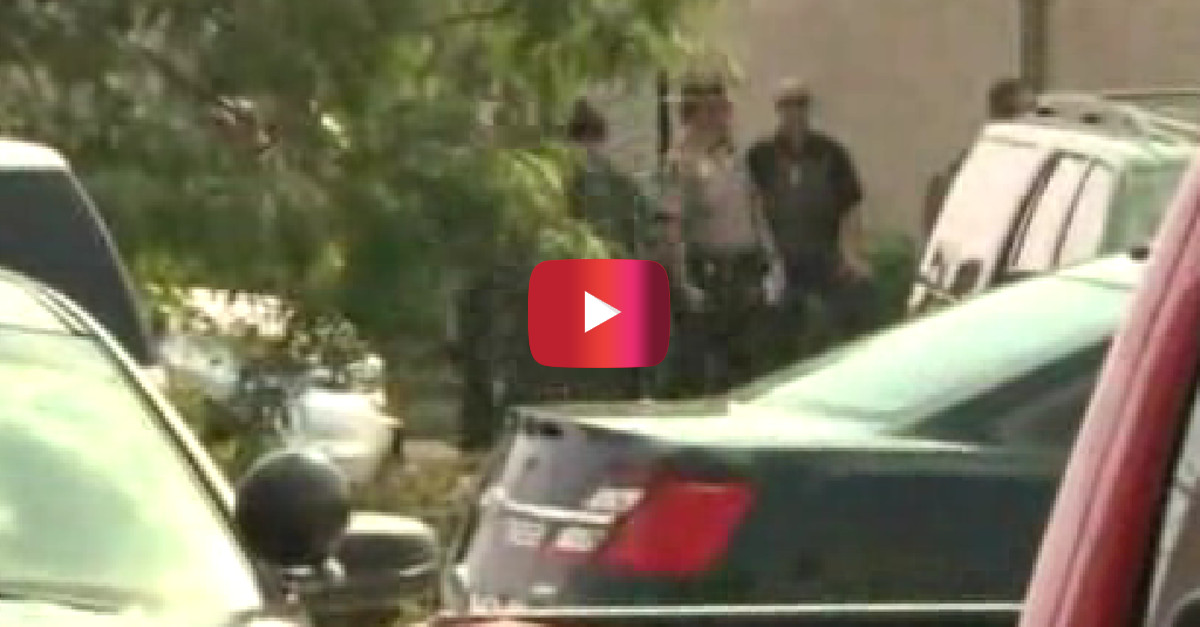 Police and U.S. marshals are continuing a massive manhunt after an Illinois police officer was shot and killed Tuesday morning while pursuing a subject.

The Chicago Tribune reports the officer, not yet identified, was on a routine patrol just before 8 a.m. in the town of Fox Lake. He radioed that he was going to check on suspicious activity and, later, that he was involved in a “foot pursuit.”

Shortly after, other units arrived to find him shot. He was in a marshy area and had been stripped of his gun and other police gear, Lake County Undersheriff Raymond Rose said.

He died at the scene. Police are seeking one black men and two white men and are searching area woods and businesses.

“If (residents) see anybody in their area … that doesn’t belong or doesn’t look right, they should call 911,” he said.

Police, with the help of U.S. marshals, were searching woods and businesses in the area, authorities said.

NBC Chicago reports residents are being told to stay indoors. An area school is on lockdown, and transit service Metra has shut down rail service passing through Fox Lake.