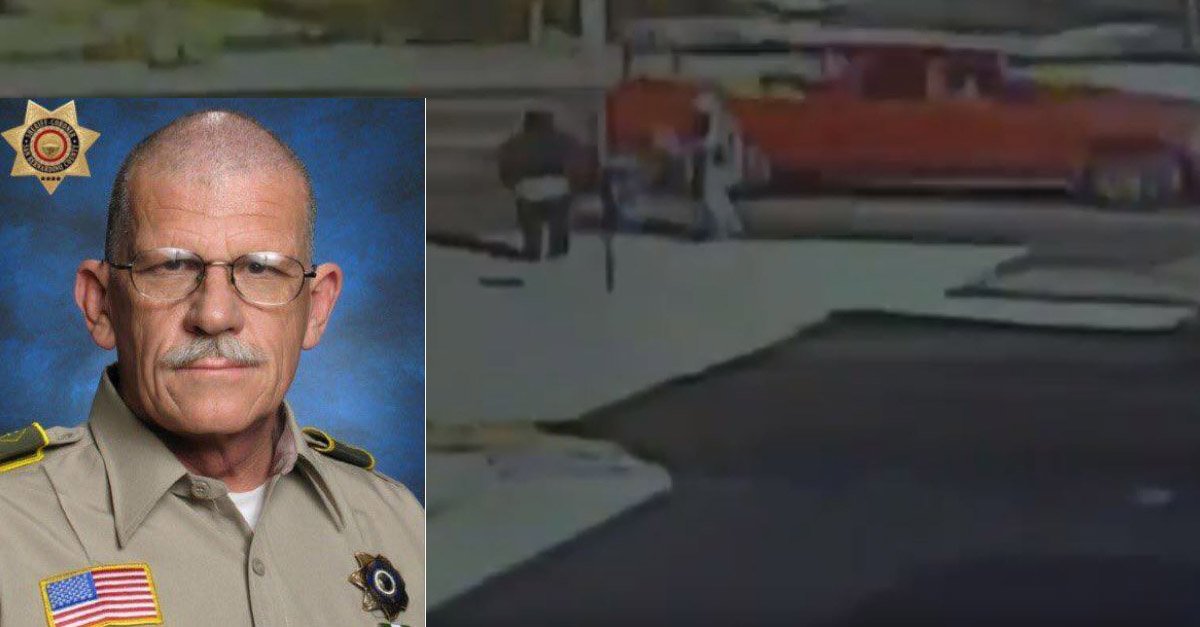 Larry Falce was a loyal member of the San Bernardino County Sheriff’s Department for 36 years until Tuesday night when he succumbed to injuries suffered in an apparent road rage attack.

The 70-year-old deputy was driving home in his personal vehicle on New Year’s Eve when he got into a minor accident with another driver. When he got out of the car to talk to the other motorist, the man attacked, beating Falce unconscious. After two days in the hospital, he passed away on Tuesday, CBS Los Angeles reports. His trip from the medical center to the coroner’s office was accompanied by a procession of law enforcement vehicles honoring the oldest member of the department.

In a statement, Lt. Sarkis Ohannessian said “He prided himself as being a lifelong public servant, who cared deeply about this profession…[he] was loved by his peers and the community members he served.”

Army vet. Over three decades of police service in San Bernardino. Would not retire. Service above self. LEGEND to the end. Tragic and senseless loss. Larry was what we should all strive to be. Honorable, dedicated and loved by many. @NatPoliceAssoc https://t.co/mmzhQxPxag

Falce’s family was moved by the loss, as his sister told reporters “he was one of a kind, everybody that ever knew [him], knows that.” His nephew added “that made me beyond proud that he was one of the oldest deputies I’ve ever known, and I’ve known a lot of them.”

A camera at a nearby business managed to capture a video of the confrontation between Falce and the suspect. In the clip, the assailant punches Falce in the head before returning to his vehicle and trying to drive away. Another witness intervened, ramming the suspect’s van with his own.

RELATED: A sheriff?s deputy killed in the line of duty in Colorado has been identified

After a brief manhunt, police managed to catch up with the suspect 12 hours later and arrest him. He was later identified as 30-year-old Alonzo Leron Smith and on Wednesday morning, a judge set his bail at $1 million, per a report from KTLA.

In addition to his time in the force, Falce was an Army veteran who reportedly refused to retire.