A Virginia man had one of the worst dates in recorded history when the woman he went to meet robbed him and sent him nude, into the street.

Police have arrested 21-year-old Messiah Silas, 22-year-old Dalvonte White and 21-year-old Sophia Shadley on a number of charges stemming from the bizarre incident. The victim says that he met a woman online on September 3, in Portsmouth, Virginia; they flirted for a while and he eventually went over to her house. When he arrived, two men entered and beat him, then stripped and robbed him, and finally threw him out into the neighborhood, WTKR reports.

RELATED: After a woman gunned down a man and wounded his brother, authorities say it may have all started as an online date gone wrong

Aaliyah Thompson, 15, was outside when the naked, penniless victim sprinted past her house. She explains “This man came running down the street screaming, ‘Can you help me, can you help me, please help me, help me?’ so I looked over there and he was naked.” After going inside and getting him a pair of shorts, Aaliyah called the police.

Officers responded and eventually all three of the suspects were arrested. They are charged with robbery, felonious assault and grand larceny and the trio is scheduled to appear in court on October 13. 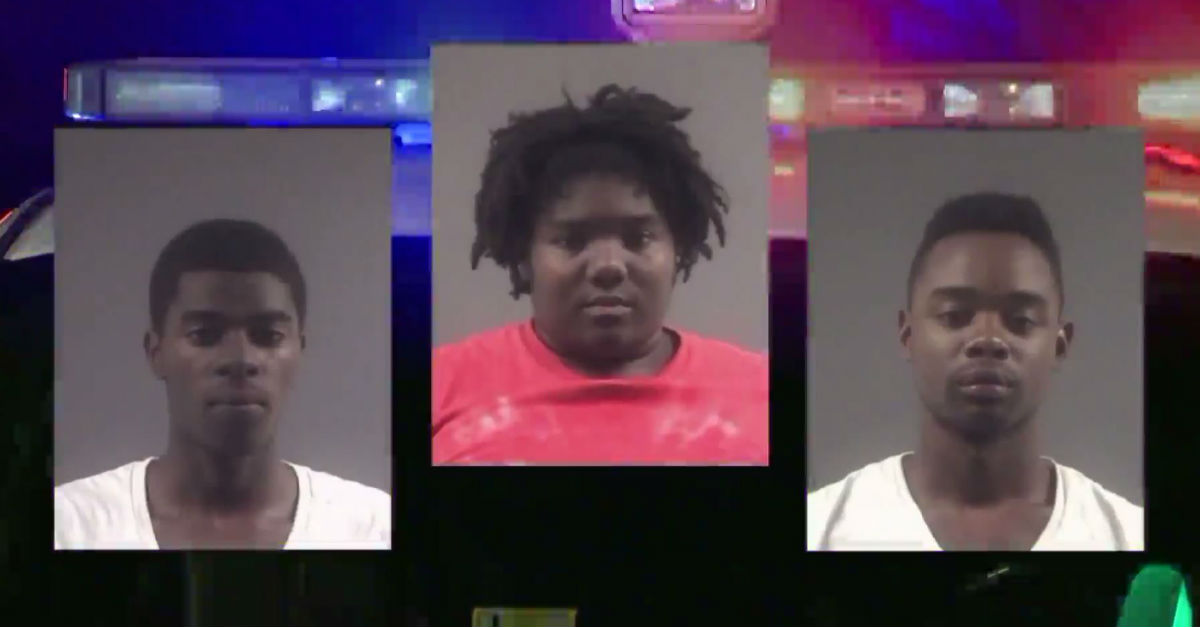