Donald Trump Jr. was hoping for dirt on Hillary Clinton from Russians 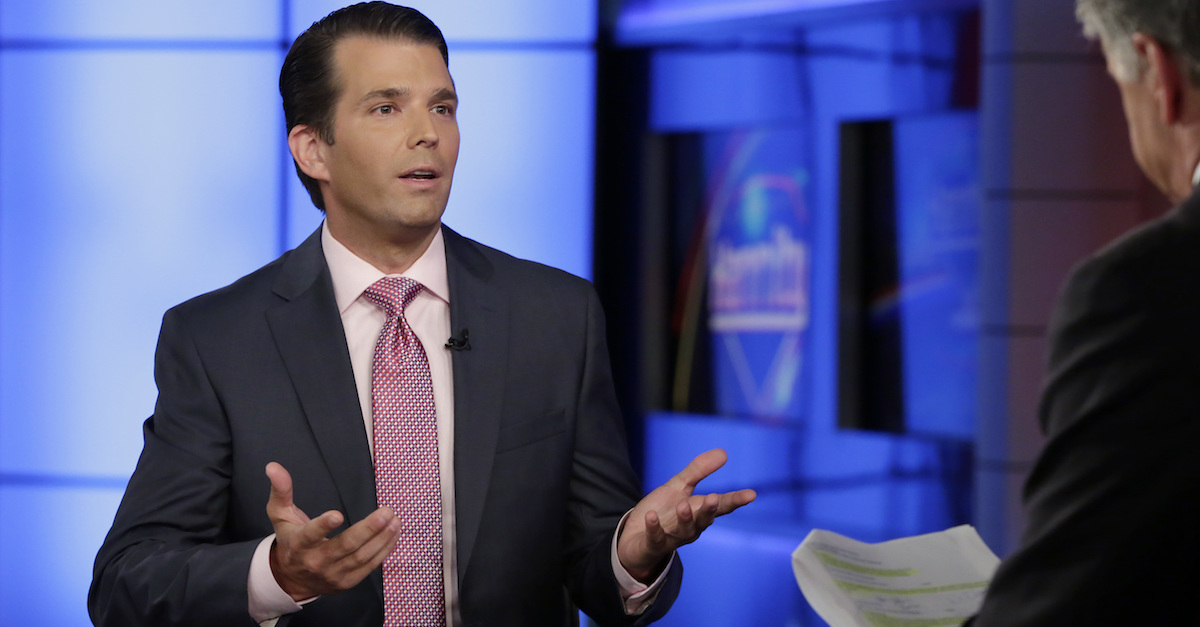 Donald Trump, Jr. was “intrigued” by the possibility of getting some dirt on Hillary Clinton from a June 2016 meeting with a Russian lawyer, according to information leaked to the New York Times from his behind-closed-doors meeting Thursday on Capitol Hill.

“To the extent they had information concerning the fitness, character or qualifications of a presidential candidate, I believed that I should at least hear them out,” he told members of the Senate Judiciary Committee, according to the Times. “Depending on what, if any, information they had, I could then consult with counsel to make an informed decision as to whether to give it further consideration.”

Former FBI Director Robert Mueller was tapped in May by the Judiciary Department to lead the independent investigation into allegations that Russia meddled in the U.S. elections, and if there were any ties to associates of President Trump or his campaign. Congress has also taken matters into its own hands, interviewing some of the key players on its own, starting with the president’s son-in-law, Jared Kushner.