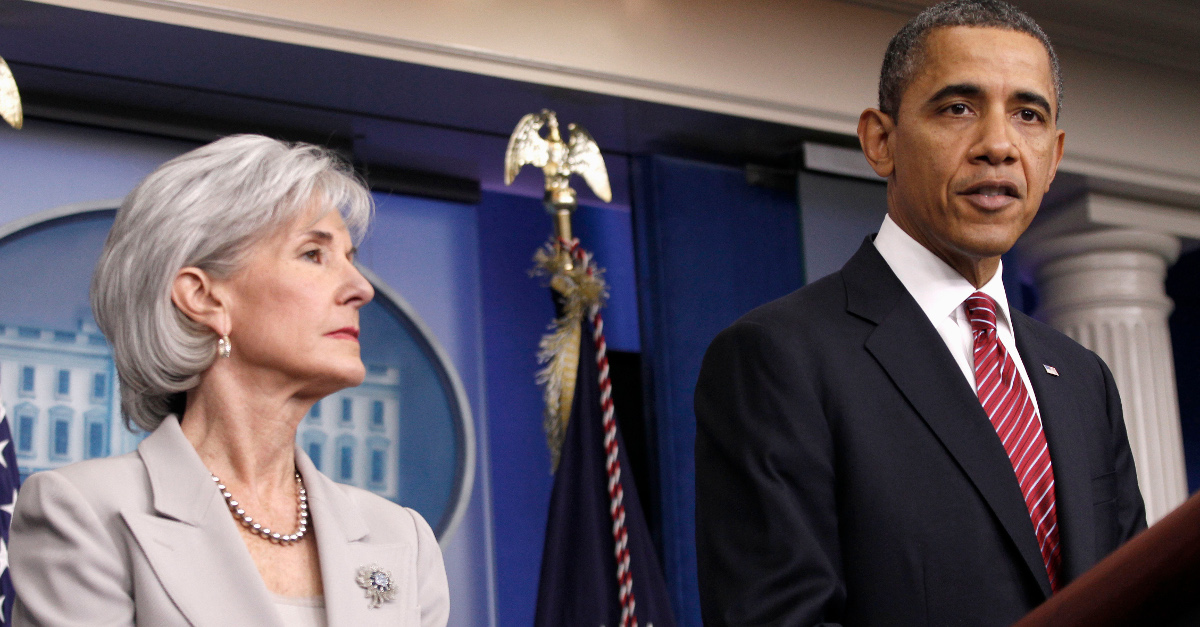 Former Health and Human Services Secretary Kathleen Sebelius has spoken out against Hillary Clinton for “disparaging the women who accused her husband Bill of sexual misconduct or assault,” the New York Post reported.

“Not only did people look the other way, but they went after the women who came forward and accused him,” said Sebelius, a Democrat who served under President Obama.

She made the comments on an episode of former Obama Chief Campaign Strategist David Axelrod’s “The Axe Files” podcast, which aired Wednesday. She was talking about President Bill Clinton, Hillary Clinton and their team. Bill Clinton has been accused over the years by several women of sexual harassment and assault, with Juanita Broaddrick accusing him of raping her when he was still Arkansas attorney general.

“And so it doubled down on not only bad behavior but abusive behavior, and then people attacked the victims.”

Sebelius said Hillary “absolutely” should have shouldered some of the blame for making excuses her husband’s lewd behavior and admonishing his accusers.

She said the same tactics — denying the allegations and attacking the alleged victims — are being employed now by those facing sexual misconduct accusations.

RELATED: “The worst (and biggest) loser of all time”: Donald Trump throws Hillary Clinton directly under the bus

She didn’t say whether Sen. Al Franken (D-Minn.) should step down after allegations of groping were made against him, but she did draw a distinction between Franken’s reaction to allegations against him and how Alabama GOP Senate candidate Roy Moore and movie mogul Harvey Weinstein have handled accusations against them.

“Franken … first of all admitted behavior and apologized, but immediately asked for an ethics investigation on himself,” Sebelius said.

Moore, who will face off against Democrat Doug Jones in a special election on Dec. 12, has denied the allegations against him.