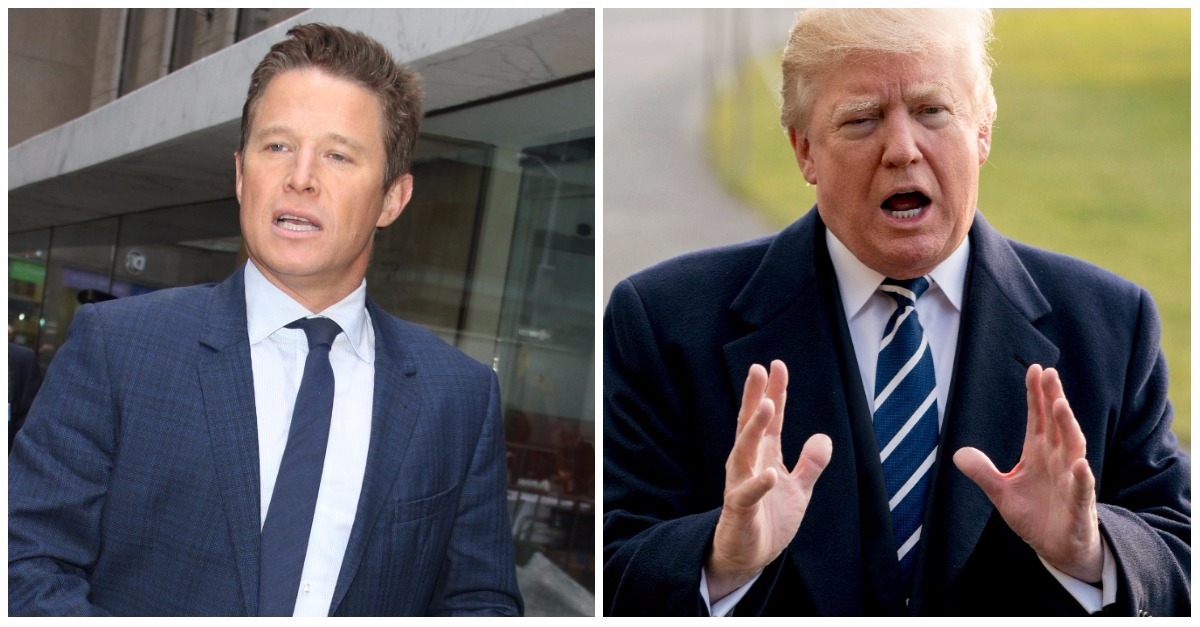 TV personality Billy Bush made it clear that it was President Donald Trump who was recorded on the “Access Hollywood” tape bragging about grabbing women by their private parts.

Bush, who was caught on a hot mic with Trump in 2005 making lewd comments about women during the taping of the show, wrote an op-ed piece that appeared in Sunday’s New York Times.

The recording of those stunning comments was released by The Washington Post a month before the November 2016 presidential election. After the tape went public, 16 women came forward, accusing Trump of sexually inappropriate behavior.

Initially, Trump excused away the comments as “locker room talk,” but increasingly he has said privately that the footage is not authentic; according to a recent Times report citing three sources near the president, Trump has suggested that the voice on the tape is not his to several people, including a Republican senator, since before his inauguration in January.

RELATED: Donald Trump has made his thoughts known on what a vote against Roy Moore means

Bush, who lost his job with “TODAY” following the release of the tape, said Trump casting doubt on the authenticity of the tape has “hit a raw nerve in [him].”

“Of course he said it. And we laughed along, without a single doubt that this was hypothetical hot air from America’s highest-rated bloviator,” Bush wrote. “Along with Donald Trump and me, there were seven other guys present on the bus at the time, and every single one of us assumed we were listening to a crass standup act. He was performing. Surely, we thought, none of this was real.”

Bush’s op-ed continued: “President Trump is currently indulging in some revisionist history, reportedly telling allies, including at least one United States senator, that the voice on the tape is not his.”

“I can only imagine how it has reopened the wounds of the women who came forward with their stories about him, and did not receive enough attention,” he wrote. “This country is currently trying to reconcile itself to years of power abuse and sexual misconduct. Its leader is wantonly poking the bear.”

Bush went on to to write that soon after Trump declared his intent to run for the presidency, he spoke out, saying the campaign was an “absurd idea.”

“In the days, weeks and months to follow, I was highly critical of the idea of a Trump presidency. The man who once told me — ironically, in another off-camera conversation — after I called him out for inflating his ratings: ‘People will just believe you. You just tell them, and they believe you,’ was, I thought, not a good choice to lead our country.”